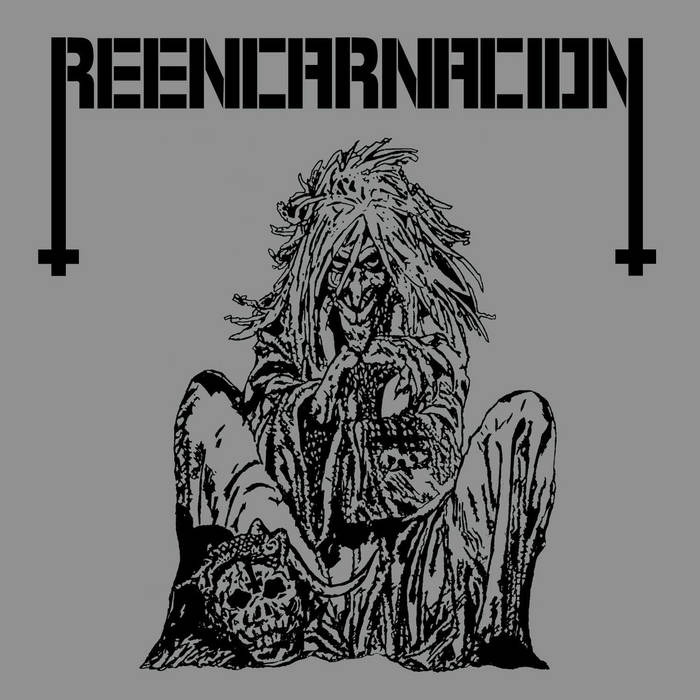 South America’s role in the early evolution of black metal in the 1980s, though it is often most specifically linked to it largest and most populated country, Brazil, achieved its influence in no small part due to the significant contributions of several bands from Colombia, Brazil’s neighbor to the far northwest. The city of Medellín in particular spawned such bands as the infamous Parabellum, one of the continent’s oldest and most celebrated black metal cults, and Blasfemia, which formed later and shared members with Parabellum. The fact that these black metal bands were born within a sociopolitical context under the de facto governance of Pablo Escobar’s Medellín drug cartel is noteworthy.

Although it is unfortunately not always granted the same level of reverence as its fellow countrymen in Parabellum or several of its Brazilian counterparts from across the Amazon Basin, the somewhat lesser-known Reencarnación also emerged in Medellín roughly around the same time that Parabellum unleashed its first demo in 1984. Formed under the masterful direction of Victor Raúl Jaramillo (Piolín) and out of the ashes of his former band, Profecía, Reencarnación played its first live show in 1987 with the aforementioned Blasfemia, among others, and soon thereafter recorded its first demo tape, “Dioses muertos (Dead Gods).” In February 1988, the band recorded the first Colombian metal album, simply entitled “Reencarnación” (a.k.a. “888 Metal”). A mere six months later, in August of the same year, Piolín reentered the studio alone to record all instruments and vocals on the “Acompáñame a la tumba” (“Accompany Me to the Grave”) EP. These uniquely Colombian recordings are characterized by juxtaposed contrasts in harmony and schizophrenically abrupt and unpredictable changes in both tempo and musical direction. Furthermore, the inclusion of decidedly non-metal instruments in the form of classical guitar and violin on the “888 Metal” album add a distinct element to a sound that is known to eventually have caught the attention of second-generation black metal bands in Europe, such as Mayhem.

As the label first did in 2006, Nuclear War Now! is once again proud to reissue “888 Metal,” one of YK Insulter’s personal favorite albums, along with the “Acompáñame a la tumba” EP on both double-LP and CD formats. Additionally, this release again includes seven live tracks from a concert in 1989, which serve to open a window onto the passion with which Piolín practiced his craft. Also included in the vinyl version is a booklet featuring old photos, zine clippings, lyrics, and a biography written in both English and Spanish. In its entirety, this release exhumes a collective sound and vision once partially obscured by its isolated geographic location and sociopolitical unrest, but one which must endure as a lasting artifact of a genre that was immeasurably shaped by its early South American influence.