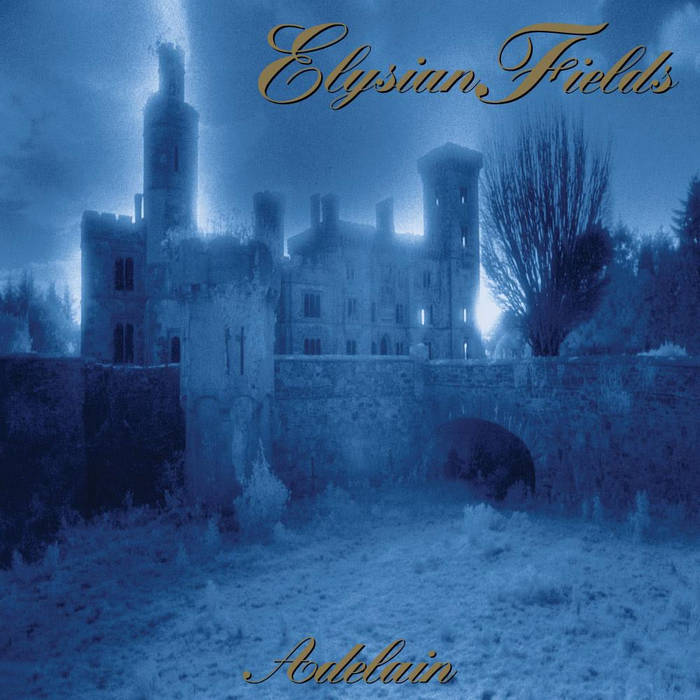 Greek black metal from the early to mid-1990s is rightfully one of the most celebrated convergences of time and place in the history of the genre. There are relatively few styles in metal that can be so easily identified as having emerged from such a narrowly-defined context as the archetypal sound that was pioneered most famously by the likes of Rotting Christ and Varathron. Among other less-commonly-referenced bands from the same scene was Elysian Fields, who initially began to garner attention in their country following the circulation of two promo tapes in 1994 and 1995. The unique sound refined in the band’s early development and demonstrated on these tapes soon resulted in their signing to the renowned Unisound Records, which in turn led to the 1995 release of Elysian Fields’ debut album, “Adelain,” a recording which represents both a nod to their aforementioned fellow countrymen as well as an incorporation of other various influences. Although it certainly exhibits primary elements of the black metal immortalized on other Greek albums such as “Thy Mighty Contract” and “His Majesty at the Swamp,” “Adelain” also reflects palpable traits of the death metal exemplified in the early recordings from Sweden’s At the Gates and the hybrid of gothic death/doom of Britain’s My Dying Bride. Above all, the primary difference that one is likely to note between this album and other Greek masterpieces is the more pronounced reliance on somber, melodic passages interspersed among the more aggressive black metal riffs. These passages tend to include piano accompaniment and, more occasionally, spoken-word vocals, very much akin to their implementation in My Dying Bride’s “Turn Loose the Swans.” This characteristic notwithstanding, “Adelain” is anything but feeble. On the contrary, its melodic aspects instead serve to create contrast with and thus accentuate the more primal black metal with which they are melded, all the while showcasing how seemingly disparate elements from various influences can be properly and effectively combined.

Nuclear War Now! is now proud to offer the first reissue of “Adelain” on both CD and LP formats since its initial release by Unisound in 1995. In addition to having been originally released by the same label as both Rotting Christ’s and Varathron’s sophomore albums, “Adelain” was also recorded at the legendary Storm Studio under the supervision of George Magus of Necromantia, which lends further credence to the album’s strong Greek pedigree. This reissue also includes three rare bonus tracks taken from the previously-referenced promo tapes from 1994 and 1995. Considering its place not only as an example of its region’s uniqueness in a greater context, but also the album’s distinctiveness within its own regional context, this reissue once again celebrates Greece’s prominent role in black metal history.