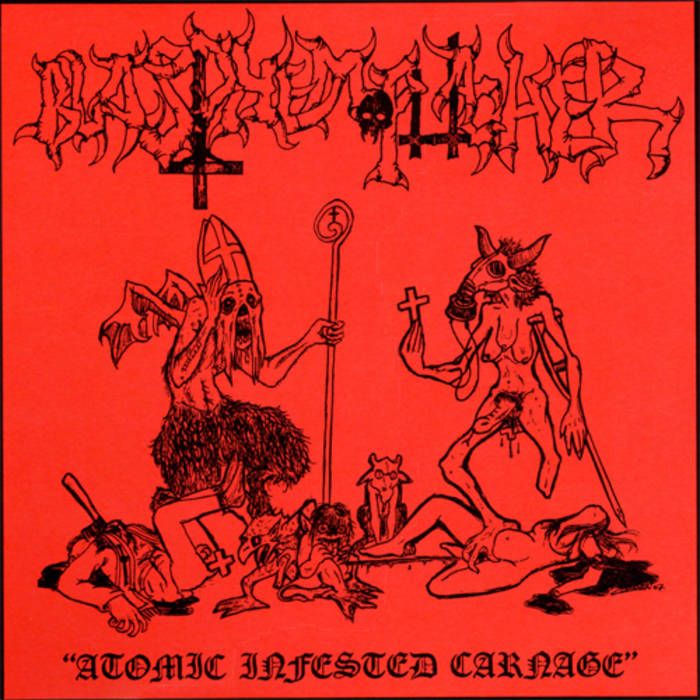 In preparation for the first full length album release, NWN! is honored to unleash the proper vinyl version of Blasphemophagher’s first demo, “Atomic Infested Carnage.” Ferocious and raw, this demo, originally released in 2003, is bestial black deathrash for the impending nuclear apocalypse. Blasphemophagher combine warfare deathgrind in the style of Naked Whipper and Blasphemy’s “Gods of War” with the pure annihilating deathrash terror of Brazilian masters Sarcofago, Sextrash, and Vulcano. This demo contains five original infernal battle hymns and a series of sacrificial cover tracks to pay homage to the masters, Blasphemy, Beherit, and Sarcofago. More thrashing than some of the recordings they have released since this demo, “Atomic Infested Carnage” is an exceptional beginning for these soon to be legendary bestial desecrators. Comes with reverse board printed jacket with different artwork from the original CD release and includes “cut-and-paste” style insert. Die hard version on colored vinyl with patch and sticker.