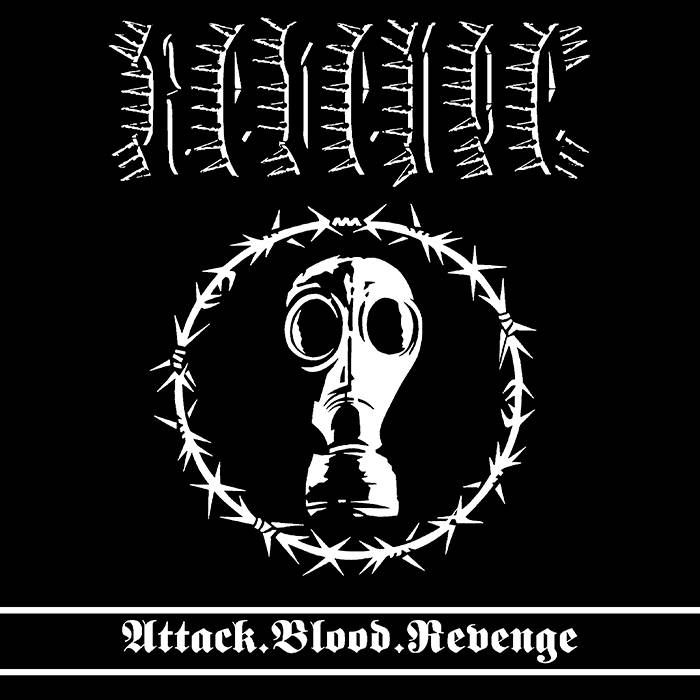 (Description by J. Campbell)
By the time of Conqueror’s dissolution in the late 1990s, J. Read (Cremation, Conqueror, Revenge, Axis of Advance, Blood Revolt, Kerasphorus) had already established himself as the most devastating drummer in the extreme metal underground. Combining the menacing and chaotic fury of Read’s drumming and wrathful vocals with R. Forster’s sadistic guitar sound, Conqueror established a new standard of sonic violence. Conqueror was more than just a collection of songs, the band adopted an aesthetic and conceptual approach that defined an entirely new approach to the music. At the time, however, Conqueror’s approach was out of fashion and unpalatable for all but an elite faction of the underground. Following Conqueror’s untimely demise, Read pressed forward on his blasphemous deathmarch by forming Revenge, a project that has persisted now for nearly 15 years. With the first EP, “Attack.Blood.Revenge,” Read continued his assault in the name of Superion. This EP solidified Read’s approach. Focused and hostile, relentless and raw. Revenge’s matchless supremacist assault on this EP remains, after all these years, one the most vicious displays of frenzied Bestial Black Death. While Revenge’s style and line up have changed and evolved since the release of this EP, all of the elements that characterized the band at its inception remain intact even today. With the prominence that Revenge has since earned, it seems fitting to now reissue this classic debut MLP. To augment the material on “Attack.Blood.Revenge,” this new 12”/CD edition contains four additional bonus tracks including the “Superion.Command.Destroy” EP, Revenge’s track from the split 7” with Arkhon Infaustus, and the band’s cover of Von’s “Lamb” that it recorded for inclusion on the 2009 NWN! Fest compilation.