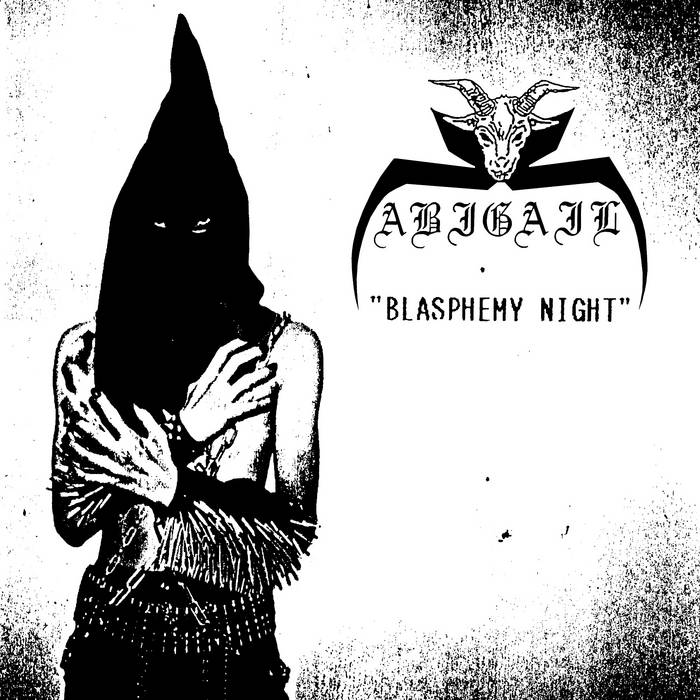 Abigail has been a staple in the roster of Nuclear War Now! since its earliest days nearly twenty years ago. In addition to multiple albums and EPs, the label released a collection of early EPs and the band’s contribution to a split, entitled “The Lord of Satan.” Now NWN! and Abigail conspire once again to further proliferate the spread of the band’s earliest material with the release of “Blasphemy Night.” This collection, presented on vinyl LP format, includes both “Demo 1” from 1992 and the “Blasphemy Night” demo from 1993. These tracks document the band’s original sound, which is best characterized as an unpolished, abrasive variety of black metal, in contrast to the sharper, more thrash-oriented sort that has resulted from the band’s evolution. As such, it is an essential addition to any Abigail fan’s collection and, more generally, to anyone who celebrates the true spirit of black metal.