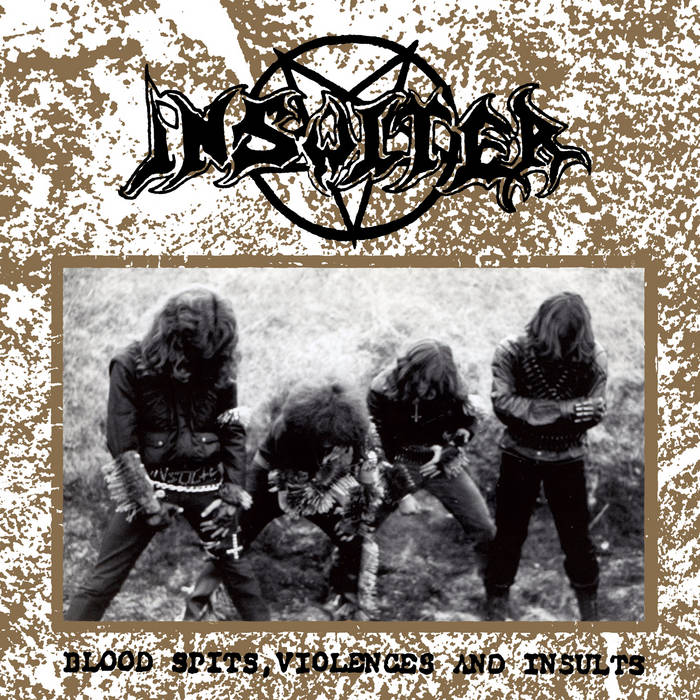 Formed in April of 1986 in Belo Horizonte, in the Minas Gerais state of Brazil, Insulter was born in the same lineage of early Brazilian deathcore as such bands as Sarcófago and Sextrash, among others. In fact, all three bands shared members at different stages of their development. Not to be confused with the way the term is more commonly used today, this brand of Brazilian “deathcore” was more of a reinterpreted brand of first-generation black metal, transformed by its heirs after having been bequeathed to Brazil from early European forefathers such as Bathory and Sodom. In addition to its emergence at the hands of these bands and others from Minas Gerais, a significant amount of cross-pollination occurred between them and São Paolo-based bands like Vulcano and Genocidio, which truly made this a unique musical brand of its own and one which would later serve as a primary inspiration worldwide for the bestial black metal bands of the late 80s and beyond.

Insulter recorded and released two demos in this remarkable style in 1986 and 1987. The first of these demos, “The Insult,” may be considered inferior due to its unpolished production, as compared to more traditionally accepted standards. However, it can be argued that the rawness of its sound serves as a better reflection of the band's true character. The second demo, “The Last Illusion” (aka “Black Church”), contains a re-recorded version of the first demo's track “Black Church” and another song simply entitled “Fuckin'.” This latter track in particular, with its seemingly reckless percussion and frenzied guitar leads, demonstrates the elements of early Brazilian deathcore that separate it from all other subgenres. Following the release of these first two demos and several lineup changes, Insulter took another direction in musical style and aesthetic, moving somewhat away from the sinister black metal of the Brazilian deathcore movement and instead towards redefining themselves more as a traditional thrash metal band, which is evidenced by the sound of its third demo, “Ignoring the Falsity,” from 1989.

“Blood Spits, Violences, and Insults” compiles all three demos from both eras of Insulter as well as a previously unreleased rehearsal recording from 1988. Moreover, this compilation serves as a tribute to the mighty Insulter's role in the emergence of the Brazilian deathcore movement and the individual contributions of the band's members that have since passed on. As such, this release aspires to call further, well-deserved recognition to a time and place in metal history that is certain to never be duplicated.