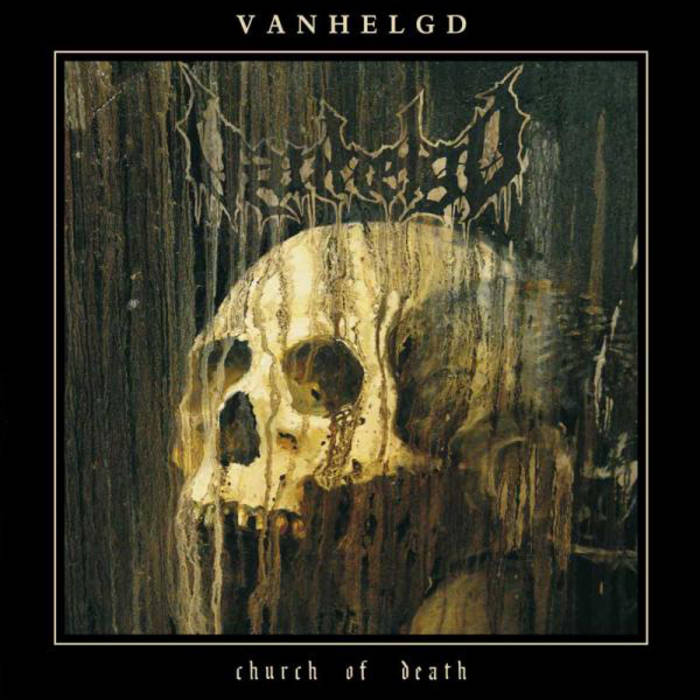 “A monument of bones, built on nameless graves”

From a Christian perspective the mocking of the “sacred”, the “holy”, the “good”, the “just”, the “true” and a selective misuse of the holy mass and the bible, is a sure mark of the devil. Religion made the devil, and now devil laughs back at the believers. Vanhelgd accept no god. Vanhelgd accept no religious text as law or governor of man. Vanhelgd spit on all that is holy and piss on your sanctuaries and gods. “Church of Death” is a declaration of war upon you gods!

(Vanhelgd is the Swedish word for desecrated.)

Church of Death is the second album from the Swedish death metal band Vanhelgd. In November 2010 an EP called “Praise the Serpent was released consisting of two songs from the same recording session as “Church of Death” but with another mix.

On Church of Death Vanhelgd develops their aggressive aspects as well as a more ominous manifestation with a felling of doom. The album haunts the cemetery as well as submerging the listener into the black abyss. There are some rather clear differences between “Church of Death” and “Cult of Lazarus” but also a lot of similarities. Both albums have a kind of shattered personality in common, but “Church of death” has a more focused and elaborated arrangement and mood within each song.