Cloven Hooves at the Holocaust Dawn 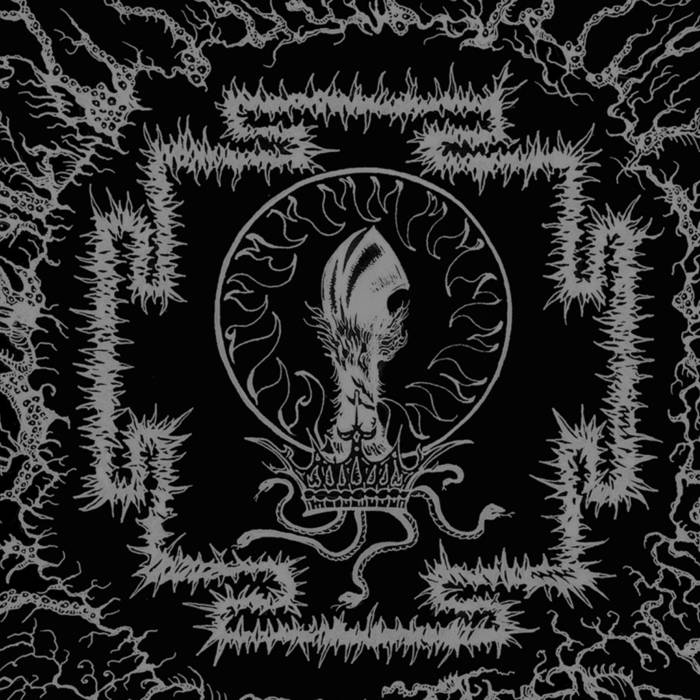 The persistent dissolution of the cosmic order precipitates the onset of eternal recapitulation. An awareness of this imminent cycle of destruction and rebirth affords one the ability to reach into the penumbra of the impending chaos without fear. The sound of Kerasphorus contains the seed of this power. It is a sound that violently propounds its triumphant heresy throughout the halls of Heaven. Being the new project of P. Helmkamp (Order From Chaos, Angelcorpse, Revenge), those familiar with his work will find familiar traces in the vocal and bass performance on this EP, but will also witness the unfolding of new dimensions within his work. This is largely due to the collaborative nature of this project. Helmkamp conceived and composed these songs in conjunction with guitarist, B. Wolaniuk. Adding further definition to the work, the legendary J. Read (Cremation, Conqueror, Revenge, Axis of Advance) was recruited as a session drummer to lend his demonic warfare percussion to this recording as well. Emanating from this combination of talent is the most important work of Occult Black Metal to emerge from the U.S. in years. “Cloven Hooves at the Holocaust Dawn” presents an entirely new sound that, while clearly operating within the schematic of modern Black Metal, also incorporates unexpected elements arriving at a sound at once militaristic and metaphysical. Thematically, “Cloven Hooves at the Holocaust Dawn” is steeped in myriad strains of esoteric thought, but is presented with a vigor and severity that is uniquely contemporary and uniquely North American. It is infused with an Occult sensibility without getting lost in its own mysticism. It is intelligent, but avoids self-indulgent and pseudo-intellectual posturing. Indeed Kerasphorus demonstrate a groundedness in their approach to Black Metal that is peculiar and engaging. In this work, one finds a blueprint for confronting apocalyptic ruin with potency and fortitude. As the serpent coils and constricts its body about the universal axis, the blood is drained from the world and the sun occluded and blackened, the universal holocaust begins and, by some, it is welcomed.