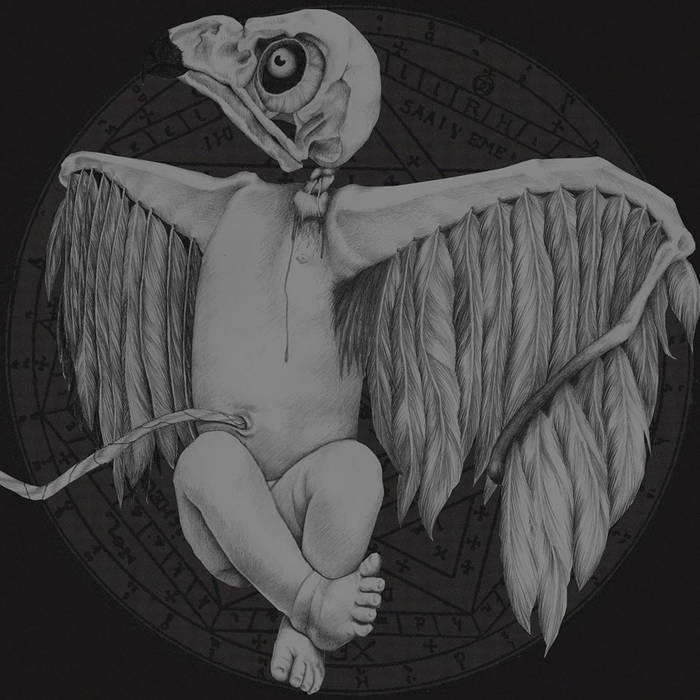 YomaBarr Morbii says this thing does it for him!
The guy has some taste. Does it for me, too.
Also check out Sanger Fra Auschwitz folks and shut up.

Dave Farrance This album was a genius find, courtesy of CVLT-Nation. Drawn in by the album cover and a cheeky play through via the stream on site, I whipped this up at its cheap-as-chips price of only $5! 5 bucks for this???? Hells to the freaking yeah!!!
It's like a lovely old skool Death Metal/Black Metal beast, and track 6, Shroud of Death, really makes this stand out to me. It's like listening to old skool Obituary or Deicide. Love it! Favorite track: Shroud of Death.

As it did with its first album, “Man, God, Giant,” in 2013, Katechon of Trondheim, Norway hereby releases its second full-length, “Coronation,” under the banner of Nuclear War Now! Musically speaking, “Coronation” picks up much where the previous album left off, having also been recorded at Nordstern and mixed, mastered, and produced by the band itself. Katechon’s music is characterized by precise, tremolo-attacking riffs, reminiscent of their Norwegian ancestors, Mayhem and Thorns. There are also hints of Autopsy’s brand of punk-infused death metal, both in the rhythmic patterns employed and the vocals, which oftentimes remind of the death grunts made famous by Chris Reifert, albeit here with more of a black metal influence. As with “Man, God, Giant,” Katechon has once again chosen the talents of artist Mari Oseland to portray its visual aesthetic. Nonetheless, there are noticeable differences between the two albums that enable them both to stand apart on their own individual merits. Whereas the songs on the first album were generally somewhat more straightforward and easily-digested, as well as a bit shorter, “Coronation” places a greater demand on the listener by invoking more dissonance, atonality, and a higher degree of intricacy in its compositions. Thematically speaking, “Man, God, Giant” was more metaphysical and philosophical in nature, complete with Lovecraftian creatures and images. In contrast, “Coronation” explores the autonomy of self – on the one hand alone, but on the other thriving in its complete freedom from society’s imposed norms, rules and doctrines. This album embraces the sickness and delirium that are prone to infect the imperfect being’s mind, and it prefers to proclaim Nietzsche a coward by instead staring directly into the abyss and diving right in.