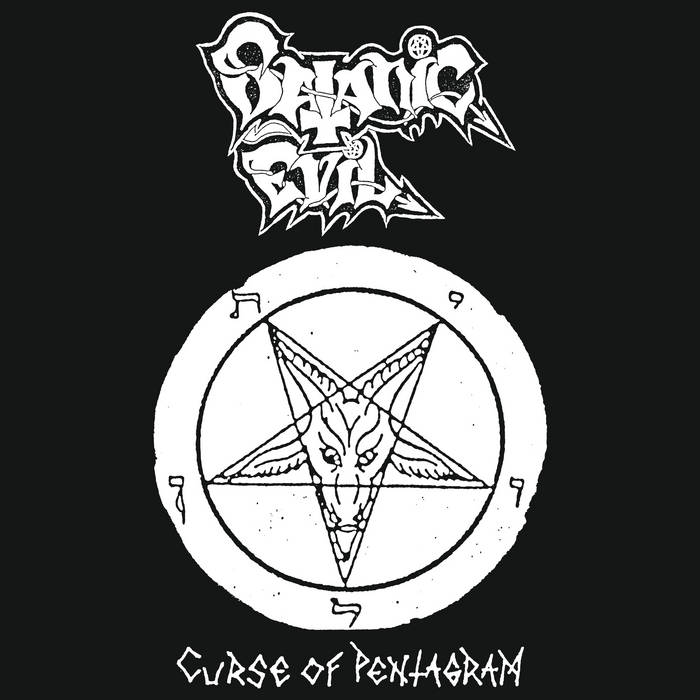 In the storied history of Finnish black metal, Satanic Evil has been undeservedly ignored or forgotten by most, save for a few diehard maniacs like Jim Stanic and Antonios Bouzalakos (Goatvomit). Composed of the duo of Necrosadist (vocals, bass, drums) and Blasphemous (guitars, songwriting, lyrics), Satanic Evil released only one extremely raw demo in 1990, the very same year that its compatriots in Beherit released its first demos and one year before Impaled Nazarene and Archgoat did the same. As such, it qualifies as one of the first true examples of bestial black metal to be released not only in Finland, but worldwide. “Curse of Pentagram,” with its intro and three songs, occupies the realm of the most unpolished and irreverent black metal. Since its original release, only two other versions of this recording have surfaced. One was a cassette release of dubious origins and the other a split 7” that improperly relegated the intro to side A and the other tracks to side B. To correct this oversight, Nuclear War Now! has seen fit to properly reissue this cult demo as a one-sided 12” LP with silk-screened artwork on side B. The layout includes an ultra-rare interview and previously unpublished band photos and artwork from the time period. Finally, the audio has been fully mastered for vinyl by James Plotkin (Regurgitation, OLD, Khanate), ensuring maximum ugliness and low fidelity.