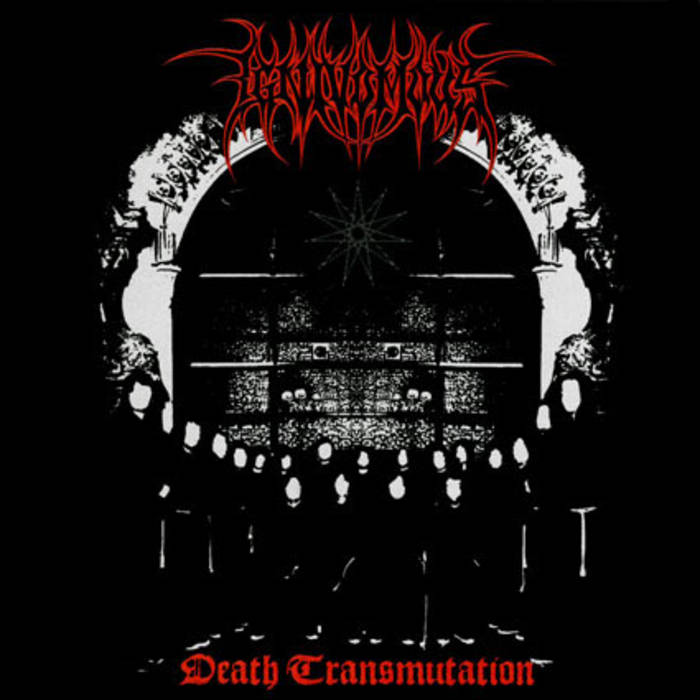 After releasing one highly regarded demo and a nearly flawless E.P., Ignivomous at last have endeavored to present their first full album. “Death Transmutation” is the brilliant culmination of their work up to this point. On this album, Ignivomous once again demonstrate their ability lead the listener down claustrophobic corridors and into the hopeless solitude of infinite emptiness with equal precision. Throughout the album, Ignivomous undertake to dismantle the fundamental structure of the universe. The whole is continuously dissected into its elemental components, and the particles are then rearranged into unworldly patterns. Positive and negative combine, and the resultant annihilation emanates throughout the emptiness. In doing so, Ignivomous transmutes the motion of life into the still darkness of death. Where the EP, while being more compositionally advanced than the demo, suffered slightly from less satisfying production, this album more effectively retains the natural sound of the instruments. Furthermore, Ignivomous have pushed their songwriting to a higher level of complexity and intensity than on either of their previous releases. The only influence one hears on “Death Transmutation” is the untainted traditional death metal of the early 1990’s. Do not be misled into believing that Ignivomous are among the many clones that have been plaguing the scene recently with their impotent and dispassionate worship of the masters. Ignivomous truly embody the essence of the genre and “Death Transmutation” is the most complete proof of their worth in this regard.