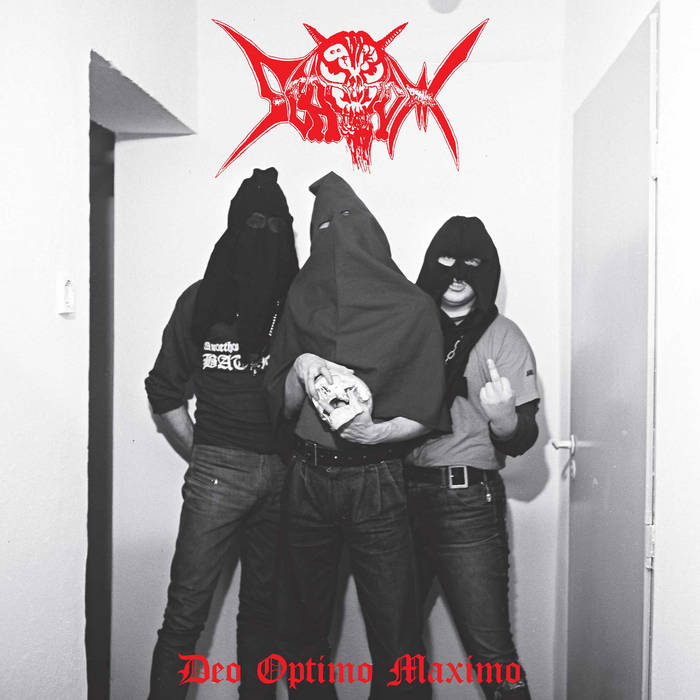 As evidenced by several releases in the label’s back catalog, Nuclear War Now! has always had a special affinity to Eastern European metal of the late 1980s and early 1990s. The label now adds Poland´s Scarecrow to its ever-expanding roster of bands from that region and era. Along with others from that subset – such as Kat, Hellias, Root, and Tudor – Scarecrow’s effectiveness was derived from a somewhat unrefined and unmistakably genuine evil that permeated its music. However, unlike their fellow countrymen in Kat and Hellias, both of whose styles were more thrash-oriented, Scarecrow’s style was much more aligned with other bands from the first wave of black metal. At the same time, a shared trait among these three Polish bands, as well as with their Czech neighbors in Root and Tudor, was their reliance on their native language in their lyrics. This feature added an exotic element that served to distinguish them from the vast majority of metal bands who have instead historically relied on the more accessible but less unique adoption of English-language lyrics, regardless of their native tongue. The enshrouded obscurity of the meaning in Scarecrow’s lyrics was visually matched by the executioner-styled hoods that the trio was known to wear for their early live performances.

With this release of “Deo Optimo Maximo,” Nuclear War Now! once again breathes new life into a cult relic from the trove of ancient Eastern European metal in the form of a collection that includes Scarecrow’s 1989 demo of the same title in its entirety, as well as three instrumental rehearsal tracks that were recorded for the second demo in 1990. All songs are characterized by their short durations, which affirmatively serve to enhance their violent explosiveness. The percussive techniques and patterns are often reminiscent of the Brazilian deathcore style popularized by the controlled chaos of D.D. Crazy (Sarcófago / Sextrash / Insulter) and occasionally involve brief lapses where the drums drop out altogether from underneath the riffing of the guitar and bass, only to return in full a few seconds later. Songs often stop and restart on a dime with impressive precision, and riff changes – although measured, deliberate, and fitting – are often less than subtle. On top of this lethal concoction, guitar leads erupt and once again remind us that a less-refined style of metal is not necessarily one that is co-opted by default due to lack of technical skill. Instead, these recordings provide further evidence that the most provocative styles are often those that are created in and become emblematic of a unique geographical and period-specific context.