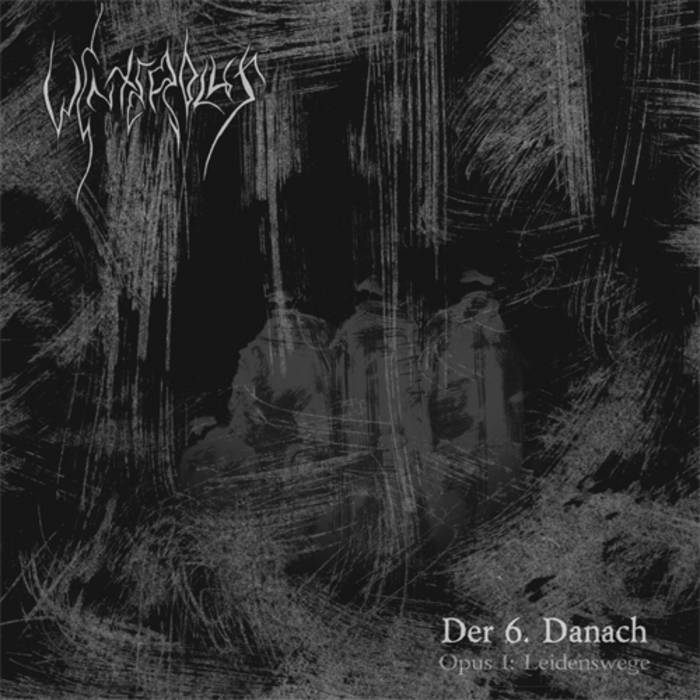 As with all of Winterblut’s releases, the debut album “Der 6. Danach” is an ambitious and astounding work of black art. Originally released in 1999 under the banner of Darker Than Black Records, this album was the first proper full-length Winterblut recording and began the unfolding of what would become one of the most unique catalogs in Black Metal. For this vinyl release, L’hiver, after years of assessing the impact of this recording, has reorganized the tracks to better suit the various stages of the work. The first of the two LPs, subtitled “Opus 1: Leidenswege,” is primal Black Metal. Directed by aggressive percussion, the tracks on this LP are, for the most part, attacking and pure. The songs forming the body of Opus 1 demonstrate the intense musculature of the corpus of Winterblut’s sound. As Opus 1 progresses, this corpus is gradually defleshed leaving only the bleak consciousness of the music. A greater influx of the atmospheric and ethereal elements begins to manifest giving way to the tracks on “Opus 2: Geistmusik” and “Opus 3: Orgelmusik.” With these songs, L’hiver sought to attain an even darker sounding Black Metal by utilizing only keyboards, drums and vocals. Assisted by a talented session keyboard player, L’hiver descends deep into cold and impersonal realms with the songs here. While Winterblut may not be the only band to have attempted to create dark Black Metal without the use of guitars, the second half of this album is perhaps the most successful of these efforts. From its inception, Winterblut has remained unpredictable and mysterious. “Der 6. Danach” offers a glimpse of the mission that L’hiver would carry out over the next 13 years after the release of this album and reveals the vast spectrum of Winterblut’s sound.