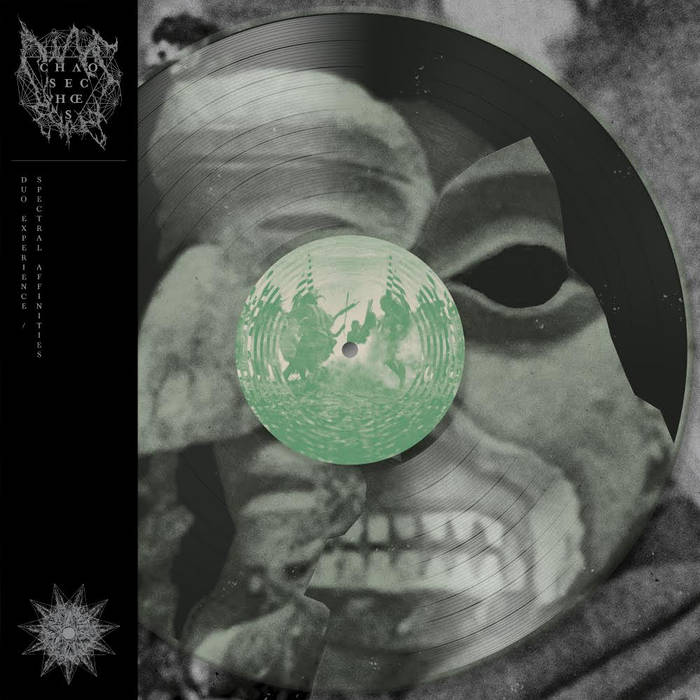 With its outstanding and truly unique debut full-length album, “Transient,” Chaos Echoes made a very strong case earlier this year for album of 2015. However, with its influences drawing as heavily from the experimental realm as from the domain of metal, what is less certain is in which category the award would be given. Unlike your typical death metal band, the lasting imprint that Chaos Echoes leaves on the listener is owed not simply to a linear series of formulaic, prearranged riffs, but instead to a tapestry of interwoven textures, both oppressively heavy and hauntingly subtle, that are primarily born from improvised rehearsal sessions.

Prior to the release of “Transient,” the band’s formative years yielded a series of three limited releases that, while worthy in their own right, also now serve to retrospectively shed light on the improvisational, creative process that resulted in the early EP, “Tone of Things to Come,” and this year’s masterpiece album. Nuclear War Now! is again honored to partner with Chaos Echoes in the reissue of these three releases, known heretofore collectively as “The Occursus Series.” The earliest of these recordings, “Parisian Sessions / Rehearsal I,” documents the very first session that Chaos Echoes ever played in January 2012. The four improvisations contained within were developed following the blueprint drawn by brothers and bandmates, Ilmar and Kalevi Uibo. “Weather the Storm,” as recorded in this rehearsal session, is an embryonic version of the same song that later evolved and was re-recorded as the final track on the “Tone of Things to Come” EP. Several months later, in August of the same year, the “Duo Experience / Spectral Affinities” recording emerged from a session involving only Ilmar and Kalevi as a duo. This sort of minimalist arrangement was envisioned early in the band’s existence, as it was agreed upon from the outset that the composition of Chaos Echoes would take many forms depending on purpose and circumstance. “Duo Experience / Spectral Affinities” offers a different facet of Chaos Echoes’ music, which in this case is characterized by the experimental ambiances and soundscapes of entirely free-form improvisations. The third and final installment in this series, “A Voiceless Ritual,” was recorded live at La Boule Noire in Paris on September 28, 2013, as a testimony of the band’s first concert with a full lineup. The set consisted of instrumental versions of four songs from the “Tone of Things to Come” EP, all rearranged for the live set, in addition to a brand-new and fully-improvised track entitled “Interzone III: La Boule Noire.”

Given that all three of these releases were originally available on either cassette or CD-R in very limited numbers (100, 50, and 50 units, respectively), this vinyl release of “The Occursus Series” promises to bring the genius of Chaos Echoes to a wider audience. Furthermore, the larger vinyl format offers an enhanced canvas on which the artwork of the band’s own Stefan Thanneur (bass/vocals/effects) can be displayed, thus accentuating the inseparable connection between the band’s musical and visual elements and resulting in the most fitting reissues of the most deserving experimental metal band in existence.