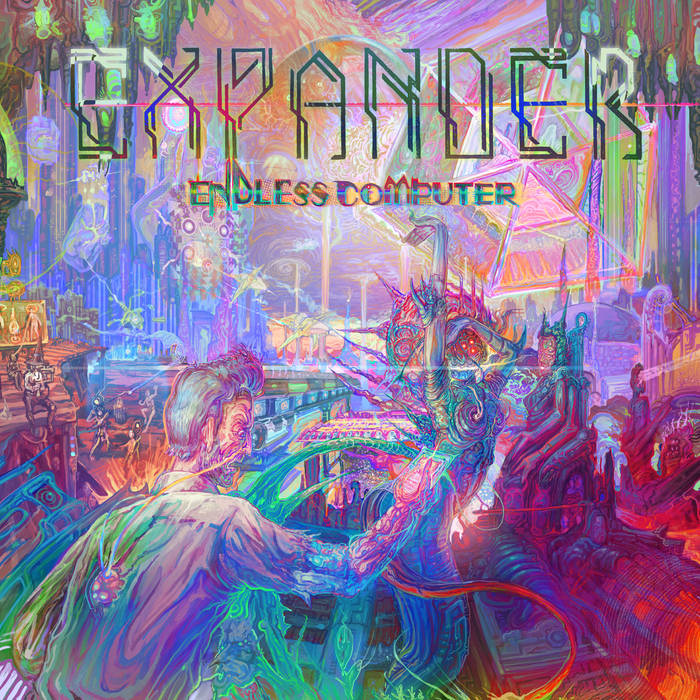 zaK I don't know what to make of this new style of sci-fi thrash but I instantly liked it. Great sound...especially the dirty bass and raw vocals! Favorite track: R-Type 2 Civilization.

Although black and death varieties of metal have largely thrived in the modern era, it has been conspicuously more difficult over the past decade or more to find a thrash band that both follows in the strong traditions of its forefathers and at the same time pushes beyond established boundaries to develop a sound that is unique unto itself, rather than being a stale form of mimicry of the subgenre’s heyday. Hailing from Austin, Texas, and to this point having released two EPs, Expander has broken the mold and developed its own niche through a novel concoction and recombination of musical and thematic elements that broadly span the genres of metal and punk. Expander’s music, lyrical themes, and chosen artwork are decidedly futuristic without being gratuitously experimental. The most appropriate point of reference that one might choose in drawing a direct comparison would be to “Killing Technology”-era Voivod. Expander, however, is noticeably more aggressive than its Canadian predecessor in its approach and delivery, which is clearly demonstrated on “Endless Computer,” the band’s debut album, hereby released by Nuclear War Now! The concept behind the album is that of a shapeless cosmic entity which represents the pinnacle of technological advancement and seeks autonomous control over all atomic matter in the universe. This vision is musically reflected in the myriad of oftentimes unconventional riffs and progressions that manage to tunnel their way into the inner-consciousness of the listener and subvert independent cognition, much in the same way that a digital virus infects and takes control first of a single machine and then progressively engulfs entire networks of them. Not to be underestimated with respect to its overall impact on this album is the level of mindfulness to all aspects of production on this recording. Whereas a great deal of metal, particularly that of the black/death variety, runs a high risk of overproduction, thrash metal with a futuristic focus, such as this, benefits immensely from a healthy degree of attention to clarity and precision, which is proven in this case. Also a product of the band’s diligence in capturing the best possible recording was its decision to faithfully reproduce its live sound to the greatest extent possible. To this end, the band transported its entire backline from its home base in the heart of Texas to faraway GodCity Studio in Salem, Massachusetts, rather than rely on the house equipment to only approximate the desired outcome. The final nod to detail is the perfectly representative cover artwork by Luca Carey, with whom the band worked very closely to ensure that the artwork reflected the lyrical themes of the music as accurately as possible. Given the blistering pace at which humankind increasingly finds itself entangled in the web of its own creations, “Endless Computer” may indeed serve as a harbinger of the fate that we have sealed for ourselves.