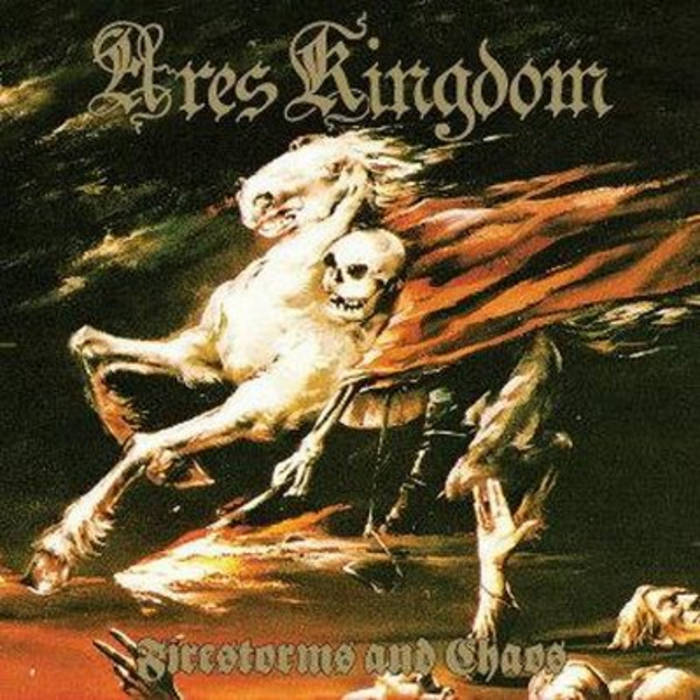 If a band’s status in the underground metal scene were based on skill, artistry, integrity, and innovation, Ares Kingdom would be heralded as the most important underground metal band in existence by anyone familiar with this genre of music. Unfortunately, such attributes rarely form the basis for the opinions of the masses. Nonetheless, for those who can appreciate their genius, Ares Kingdom are regarded as one of the greatest bands currently active in the scene. Their music, held together by the incomparable guitar playing of Chuck Keller, retains a healthy reverence for metal history while also exploring other territory less traveled. Perhaps Ares Kingdom are not given the respect they deserve because their music is simply impossible to categorize. One might be tempted to merely call it deathrash, but that would be far too simplistic a statement of the band’s intentions and influences. Ares Kingdom also appropriate elements of death and black metal into their structure and style for a result that is unique and wholly effective. “Firestorms and Chaos” compiles all of the non-album material released to date by Ares Kingdom. Featured here are the self-titled demo (recorded when the band was only a two piece consisting of Chuck Keller on vocals and guitars and Mike Miller on drums), the Chaosmongers Alive EP (recorded live in studio and featuring the full lineup including Alex Blume on vocals and Doug Overbay on bass), as well as the ‘Firestorm Redemption’ and ‘Failsafe’ 12” EPs which included B-sides not available on the “Return to Dust” album. For anyone who already has all of these releases, this CD is merely for convenience purposes. For those uninitiated souls that have yet to discover the power and majesty of Ares Kingdom, this CD may serve as an introduction to their apocalyptic world.