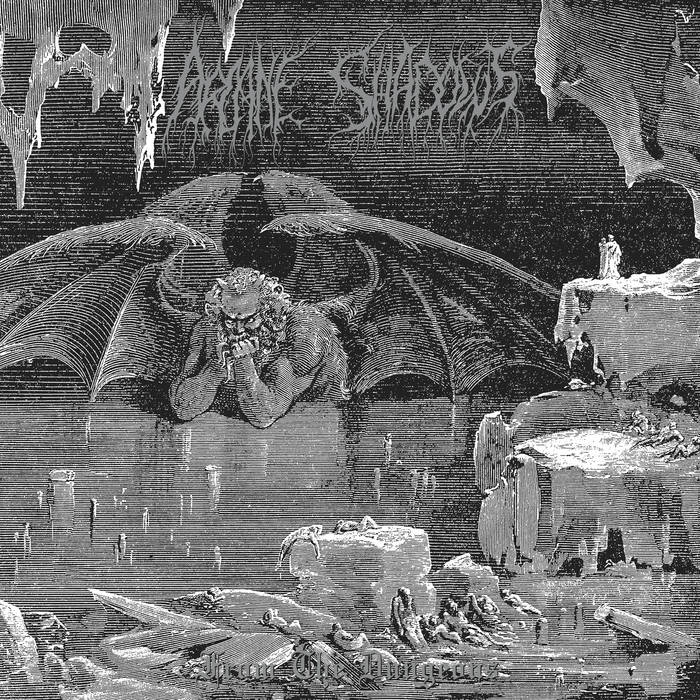 Unlike in many countries of Europe at the time, the U.S. black metal scene of the early-to-mid-1990s was not as easily branded according to a singular, uniform classification. For example, the minimalist style of a band like Von differed significantly from the more melodically-oriented and complex output of Grand Belial’s Key, and both of these contrasted notably with a cult like Demoncy, whose chilling and sinister aura represented yet another strain of U.S. black metal. This lesser degree of homogeneity in the U.S. scene was likely due at least in part to the country’s greater physical area and the resulting isolation of smaller scenes. One such scene developed in the improbable location of Hutchinson, Kansas, and included bands like Enkil, Nephilim, Epitaph, Xaphan, Anwyl, and Arcane Shadows. The style of black metal that characterized these bands bore a palpable resemblance to that of Demoncy, their geographic distance notwithstanding. Arcane Shadows, like its fellow inhabitants of Hutchinson, produced a cold, raw, and sinister blend of black metal that was not unlike the archetypal sound that emerged from Norway that same decade, and which has come to largely define the sound of modern black metal. Inherently misanthropic at its core, Arcane Shadows was composed of a lone primary member who had previously been involved in Nephilim, and who was joined by session members, Zagerothe(ex-Nephilim/Epitaph) and Necro Posessor (ex-Anwyl & Corpus Delecti). During its few years of existence, the band released two demo recordings, “Enthroned Mysticism” and “X.E.S.” In a follow-up to its recent Enkil/Nephilim split demo LP release, Nuclear War Now! hereby reanimates both of these obscure Arcane Shadows demos, along with four previously-unreleased tracks, to once again call attention to this undeservedly overlooked manifestation of U.S. black metal.