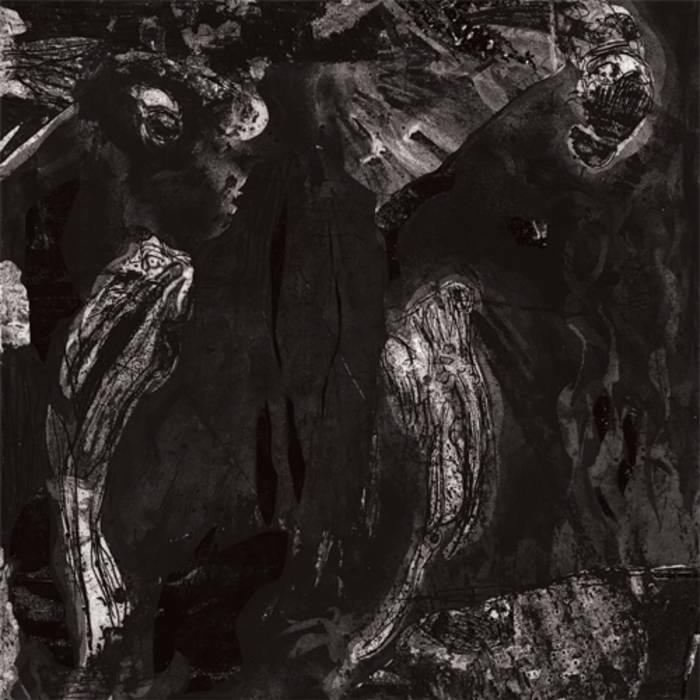 (Note: There are two tracks from each band, but the master doesn't have track breaks, so the tracks are combined here.)

With this release, Grave Upheaval continues its ascent from the bleak depths in which the band has been lurking since its 2010 demo release. Grave Upheaval shares members with Portal and Impetuous Ritual which gives the band a familial similarity to those projects; however, Grave Upheaval offers something decidedly unique at the same time. On these two tracks, Grave Upheaval's music attains a powerful sonic depth which, like Portal, is often intentionally blurred to create a disorienting effect, but under the heavy current of the music is something otherworldly. There is a remote psychedelia intwined within the tumultuous riffs. With just two tracks, Grave Upheaval cover expansive territory and demonstrate the band's dynamic textural and temporal capabilities. On Manticore's side the listener will find the traditional Black/Death that one would expect from these stalwarts of the U.S. scene. Brittle riffs infused with cacophonous and explosive violence characterize all of Manticore's work and this release builds on the legacy the band has cultivated. Manticore's output has been limited in recent years and the band's side of this split is a remarkable return to form for these veterans.