Graves of the Archangels 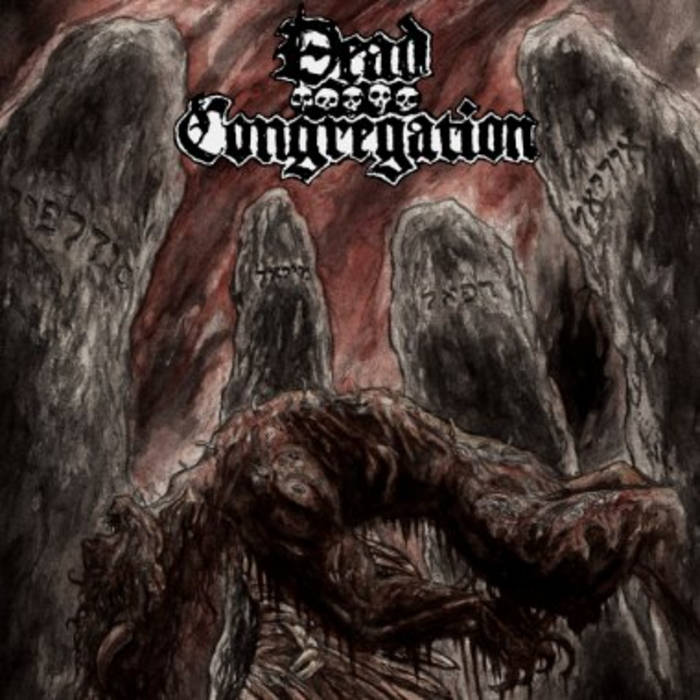 Culled from the darkest corridors of abyssic ruins comes the first full length release by Greek death metal demons, Dead Congregation. Not only does this album live up to the high expectations that were set for this band following the release of their excellent 2005 mini album, Purifying Consecrated Ground, this album sets a new standard for metal in general. Originally having released a handful of recordings under the name, Nuclear Winter, Dead Congregation have since evolved into one of the most innovative and powerful bands in the underground. Refusing to be confined to a narrow conception of death metal, Dead Congregation delve into obscure recesses to conjure up a sound that is unique and yet still adheres to the fundamental pillars of death metal songwriting. While Dead Congregation draw most heavily on brooding and evil North American and Finnish style death metal such as Immolation, Demigod, and Incantation, they also incorporate other extraneous influences to produce a sound that cannot be directly attributed to any of their predecessors. Listen, for instance, to the monumental last track in which they deftly and subtly employ elements of 1990’s Swedish black metal to accentuate the climax of the album. With this album, Dead Congregation have taken chances by experimenting somewhat with the death metal format. However, this album is not an “experimental” metal album. Dead Congregation do not besmirch the history of death metal with any sort of pretentious artistic vision. Instead they find themselves merely tweaking the formula just enough to produce novel results. Ultimately, Graves of the Archangels is nearly unrivaled by any death metal album released in the past decade and few bands in the history of metal have ever produced such a profound combination of technical agility and emotional depth. Listening to this album it is clear that its creation provided a cathartic channel for the release of an obscure malevolence and darkness that possesses the members of Dead Congregation.