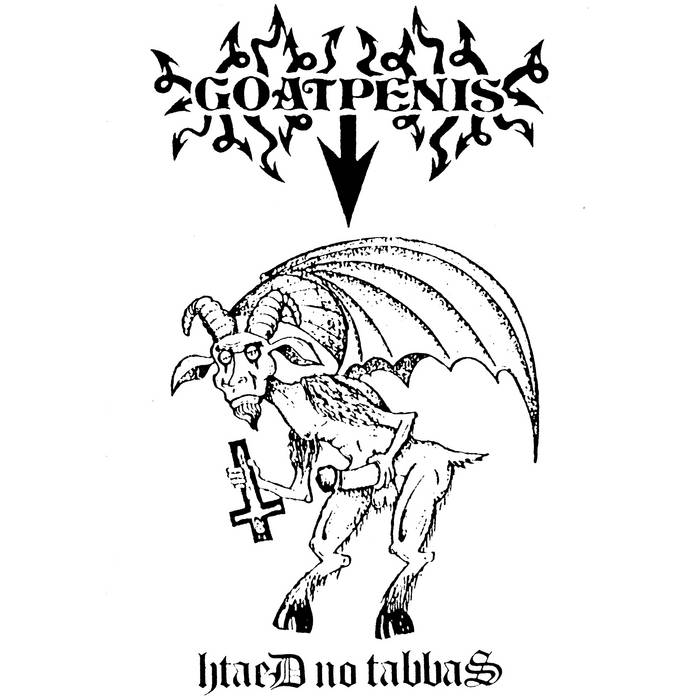 The first and arguably most savage Goatpenis recording from 1992 finally committed to vinyl! Although the Brazilian warmongers borrowed heavily from Blasphemy’s “Fallen Angel of Doom” in the creation of this demos, it exhibits a more primitive, youthful enthusiasm and even greater degree of violence. Precariously straddling the border between music and black noise, “htaeD no tabbaS” is barely held together by the violent percussion and howling vocals that drive its primeval black war noise forward into battle. Whereas the later demos assumed a more recognizable composition, the debut is more suited to those who prefer arranged chaos over actual songs. This 12” MLP release represents the next instalment in the “First Blood” series of early Goatpenis recordings from 1992 to 1994 to be made available by Nuclear War Now! There will be 3 LPs in total, and each demo is to be pressed as a separate 12″ in order to preserve the aesthetic integrity of each original release. Nothing new has been added to modernize the aesthetic, as had been done on previous reissues. All three are to be presented in the glory of their crusty ugliness, as they should be!