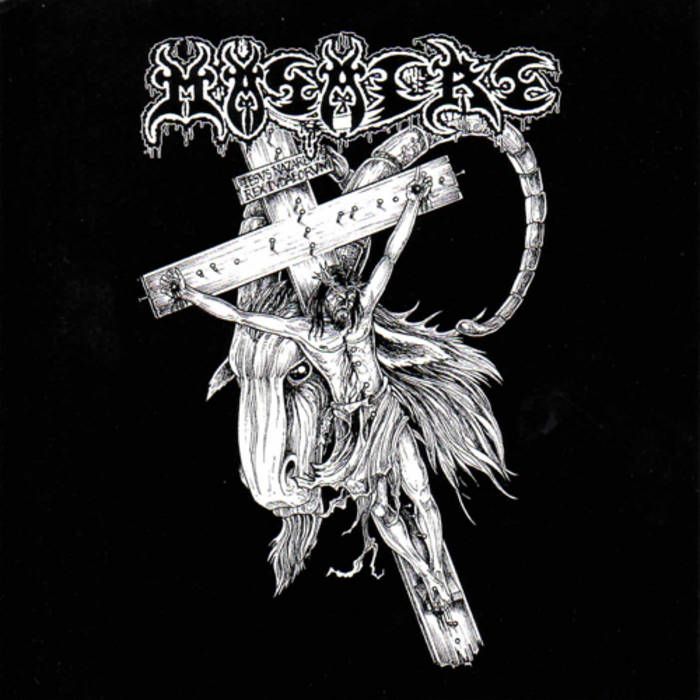 By now, Masacre’s status as one of the seminal bands in the late-1980s/early-1990s South American Death Metal scene should be undeniable. Following on the heels of NWN!’s reissue of the early MLP material featured in the “Metal Medallo Attack” box set, NWN! and Obliteration Records have reissued the CD version of Masacre’s barbaric demos. “Imperio del Terror” (1989) and “Cáncer de Nuestros Días” (1990) stand as two of the most ferocious expressions of Medallin violence ever committed to tape. Featuring impenetrable fields of the razor wire guitar sound that characterized the Medellín sound, these demos are far more bestial than the sound the band would achieve one year later on its first MLP and LP. While Masacre’s penchant for melody and atmosphere is present on these embryonic recordings, the band’s approach here is characterized by more frenzied attack. These recordings are valuable not only to see Masacre’s progression, but for the intrinsic virtues of the demos themselves. The production on these demos, superior to much of the South American demo material from the era, makes them thoroughly listenable and allows them to stand on their own without reference to the melancholic and oppressive sound the band would later adopt.