Incantations of Demonic Lust for Corpses of the Fallen 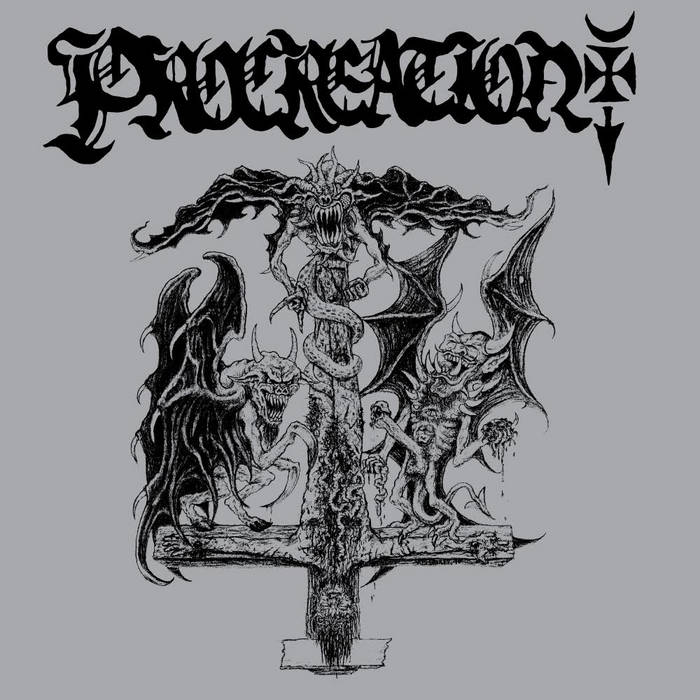 "Procreation of the Wicked"


In the years since its inception in the late 1980s, the cryptically-named Ross Bay Cult has earned a degree of reverence and mystique that is arguably unequaled by other scenes in death/black metal history in terms of its contributions of both music and legend. While the band most commonly referenced as the face of this British Columbian horde is undoubtedly the notorious Blasphemy, others such as Witches Hammer and Procreation shared members and/or stages with them and made significant impacts of their own. Procreation’s morbid tenure in this cult dated from 1989 until 1993, and although they suffered some defections in their ranks over the years, they maintained a steady nucleus throughout:


As evidenced by these lineups, Procreation shared different members of Witches Hammer at different stages of their active existence, a fact which attests to the strong alliances within the Ross Bay Cult. Additionally, they played numerous live shows in the Vancouver area with the likes of Blasphemy, Tumult, Armoros, Nuclear Assault, Anvil, and Forced Entry.

Although Procreation did not survive long enough to unleash upon the masses a full-length album that demonstrated the primitive amalgam of death metal that pervaded their live rituals, they did leave in their wake two demos that were professionally recorded at the same Fiasco Brothers Studio also desecrated by Blasphemy. Both of these recordings, “Rebirth into Evil” and “Coming of Hate” (from 1990 and 1991, respectively), provide evidence that the Vancouver metal scene of the time was anything but one-dimensional. In contrast to the speed metal attack of Witches Hammer and the bestial black metal of Blasphemy, Procreation’s demos can best be characterized as a purposefully non-technical, mid-paced death metal that at times resembles a record cut to vinyl at 45 RPM that is being played at 33 RPM, perhaps mistakenly, but to greater effect. With all songs clocking in between the two to four minute range and with a dearth of gratuitous guitar leads, Procreation ignored the perceived need that many bands felt to build as much complexity into death metal as possible. Instead, they relied on a simple and straightforward but successful prescription of steady rhythms and riffs that prove their worth by gradually dismembering the listener, piece by piece.


“Incantations of Demonic Lust for Corpses of the Fallen” includes both of Procreation’s demos in their entirety. For this second pressing, the audio has been remastered by James Plotkin to improve sound quality, while still succeeding to maintain the raw integrity of the original recordings. Additionally, this release once again features the demonic artwork of Wes Gauley, which serves as a fitting visual complement to the possessed nature of the sound that once stalked the Vancouver area and will continue to fester undead with the circulation of this compilation.