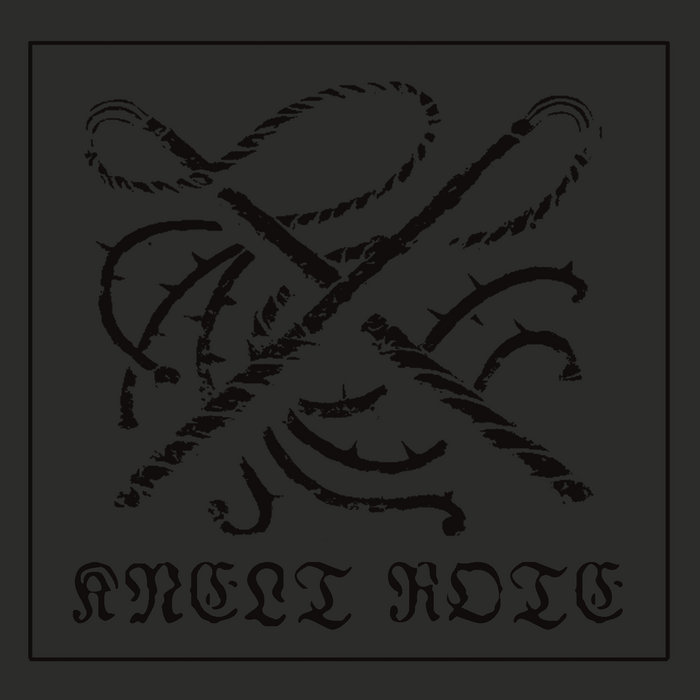 The music of Knelt Rote defies easy classification. The band is clearly heavily influenced by the darker elements of Death and Black Metal, the more vicious strains of Grindcore and Punk, and the brutal nihilism of Harsh Noise and Industrial Music. Consequently, the three tracks on the band’s second album, “Insignificance,” bare the markings of each of these sub-genres of extreme music. While the merging of disparate sounds is often a dodgy venture, unlike most bands that try and fail in this endeavor, Knelt Rote do not attempt to sew together a patchwork of ideas. Rather, the band’s union of styles comes across more as superimposition with the resultant image being one that displays the commonalities of each of those various facets of expression. In this way, Knelt Rote defy the homogeneity that infects a great deal of the music being made in each of the aforementioned categories of music. The band nonetheless maintains a sense of purpose that unifies their work. When listening to “Insignificance” one never gets the sense that the band is trying too hard to push boundaries. Instead, the sounds presented on the album feel like the natural emanations of the minds involved in its creation with myriad ideas interwoven like tentacles attached to the same massive beast. Although the highly regarded Parasitic Records released an excellent vinyl edition of this recording a couple of years ago, NWN! has chosen to present this album on CD so that it can be widely proliferated and get the attention it rightfully deserves. Knelt Rote is currently preparing a third album for release on NWN! Productions.