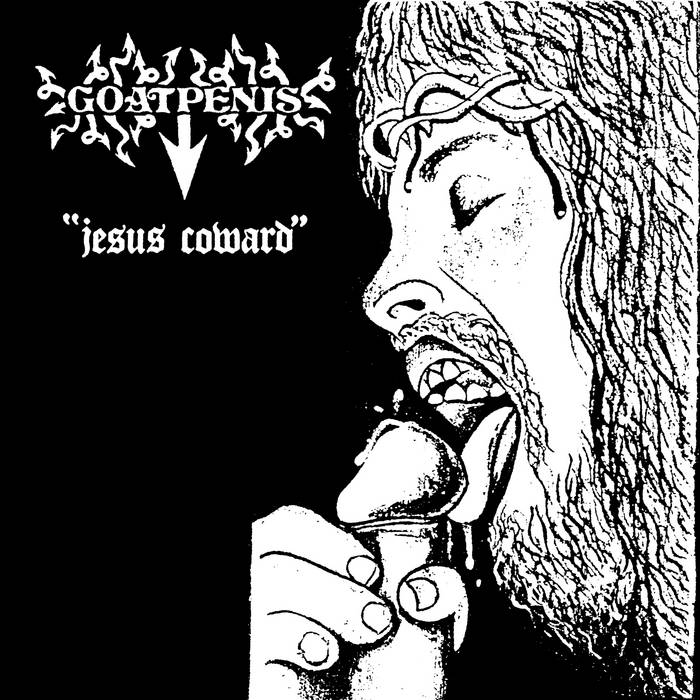 At last, the long-overdue and first-ever vinyl reissue of the final and most significant of the original three Goatpenis demos from the early 1990s is unleashed. “Jesus Coward,” along with the debut album, “Inhumanization,” is widely considered to be among the very best of Goatpenis’s output. This represents the initial release in the “First Blood” series of early Goatpenis recordings from 1992 to 1994 to be made available by Nuclear War Now! There will be 3 LPs in total, and each demo is to be pressed as a separate 12″ in order to preserve the aesthetic integrity of each original release. Nothing new has been added to modernize the aesthetic, as had been done on previous reissues. All three are to be presented in the glory of their crusty ugliness, as they should be!