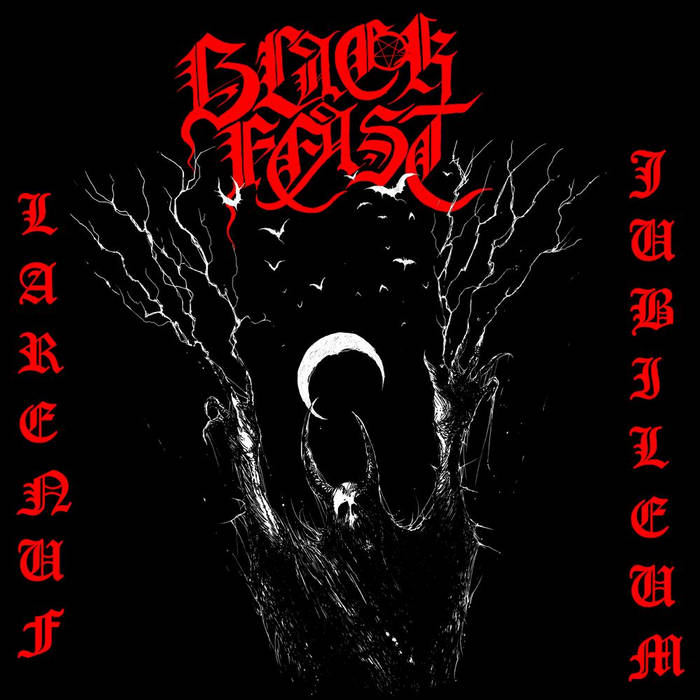 The Finnish trio of bestial black metal now known as Witchcraft had undergone at least two previous changes in moniker before settling on its current name. Between 2010 and 2012, and under the name of Black Feast, they recorded and released several demos and two splits, the most prominent of which was an LP shared with the mighty Impurity of Brazil. In addition to the general prestige bestowed upon them by sharing a release with such legends of bestial savagery, this split is also notable due to the obvious primary source from which both unmistakably derive much of their influence – Beherit. While Impurity coexisted alongside Beherit during both bands’ formative years, the two shared a mutual admiration that has been reported through their publicly-shared correspondence from that time. Some twenty-plus years later, Black Feast (and now Witchcraft) represents a second-generation reawakening of the beast that few, if any, bands have been able to successfully recapture since Beherit and Impurity desecrated their respective Finnish and Brazilian soils in the early 1990s. Larenuf Jubileum, released jointly under the auspices of Nuclear War Now! and Iron Bonehead Productions, compiles Black Feast’s “Worship of Darkness” demo from 2010, the “Abominations of Darkness” tracks from the 2011 split cassette, and five previously-unreleased tracks from three separate promo/advance tapes from 2010 and 2011. These tracks faithfully and convincingly represent the same breed of unhinged, demonic chaos that was first unearthed by pre-“Drawing Down the Moon” Beherit. Thus, with this release and the promise that the band continues to hold for the future, a strong legacy of Finnish bestial black metal has been rightfully resumed.