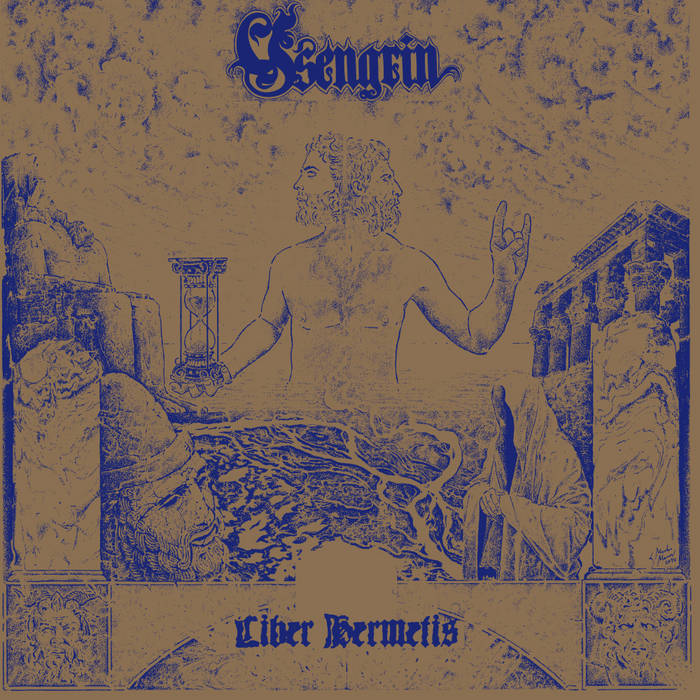 Formed in 2005 by multi-instrumentalist and vocalist, Guido Saint Roch, Ysengrin has somewhat quietly compiled a discography that is worthy of the increased attention that it has more recently begun to receive following the release of its second full-length album, “To Endotaton,” in 2012. Its previous releases, including a handful of demos and splits in addition to its first album, were originally pressed in relatively small quantities and thus did not receive the more widespread distribution they deserved. With this double-LP release, “Liber Hermetis,” Nuclear War Now! seeks to correct this oversight by resurrecting the 2011 debut album, “Tragedies – Liber Hermetis,” along with the 2010 demo, “Alchimete,” in order to share their genius with a wider audience.

Ysengrin’s music cannot be as tidily categorized as many of the derivative releases that seem to litter the underground metal landscape. Rather than being easily labeled as black, death, or doom metal, Ysengrin seamlessly combines elements of all of these subgenres in the creation of its own brand of Hermetic Dark Metal. This characteristic clearly owes itself to the fact that, throughout its existence, Ysengrin’s output has been the fruit of one man’s vision and has thus escaped the tendency to compromise. That said, if any musical endeavor is to stand the test of time, it is required to evolve and mutate or otherwise stagnate and perish. In the case of Ysengrin, the two original releases compiled on this reissue demonstrate subtle variations in sound and approach that afford them both their own distinctiveness. On the one hand, “Alchimete” exudes traits that one could reasonably characterize as a hybridization of more traditional Norwegian black metal with the French variety espoused by Ysengrin’s fellow countrymen, such as Darvulia and Blut Aus Nord. On the other hand, “Tragedies – Liber Hermetis” finds the band exploring sounds that are more akin to the traditions of Hellenic black metal, as it thematically delves into both esoteric and exoteric perspectives on human history.

These differences aside, both releases were produced by Fureiss (ex-Celestia) at the infamous Rosenkrantz Studio, which lends a notable element of cohesion to the collection. The music on this compilation is further bound by the artwork of Marko Marov, which not only adorns the cover of the gatefold jacket, but also is featured with an original drawing to accompany the lyrics of each song in a zine-style booklet. Also noteworthy is the fact that the lyrics have been translated for the first time from the original French into English for their inclusion in this release. As a whole, this document of Ysengrin’s past serves as a perfect precursor to Ysengrin’s future, which in the coming months will include a series of four split LPs, with bands yet to be announced, that promise to serve collectively as the band’s Opus Magnum.