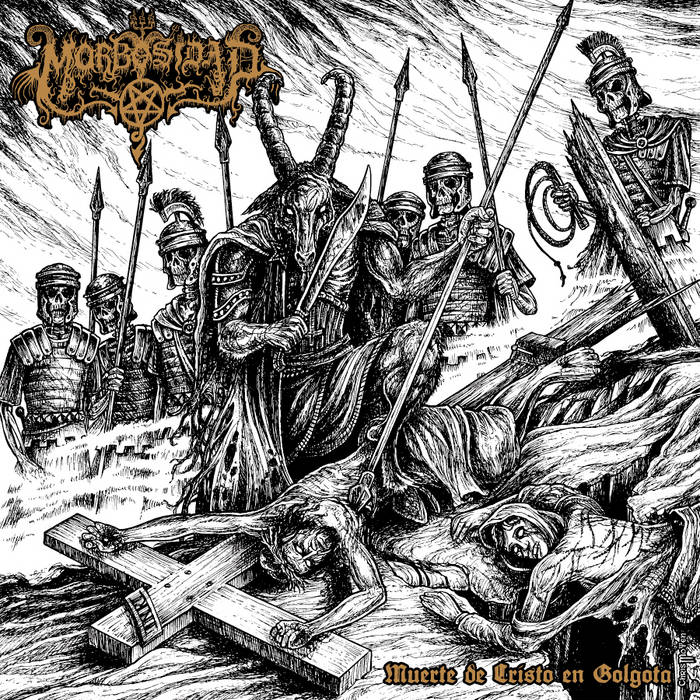 This year marks the 20th anniversary of the plague known as Morbosidad. Since then, Tomas Stench, guided by his depraved impulses, has led Morbosidad in its revelry in all that is unholy. Although the Morbosidad catalog is vast, as always, the band’s albums feature the finest moments in the discography and the band’s fourth full-length, “Muerte de Cristo en Golgota,” is no exception. Morbosidad continues with the savage sound achieved on the recent split releases with Pseudogod, Perversor, and Witchrist. It is clear from listening to the songs on this album that the recent series of split releases reflect an evolution in Morbosidad’s sound and songwriting and was merely foreshadowing the development of something more diabolical. Expanding this sound into a full-length album, Morbosidad has sharpened its bestial assault. For years, Morbosidad has departed somewhat from the near-grindcore approach of the early albums, instead focusing and tightening the sound and this album is a culmination of that trajectory. The sharpened character of Morbosidad’s music allows for a more potent effect and permits the songwriting to stand out without sacrificing the horrific bestiality of the songs.