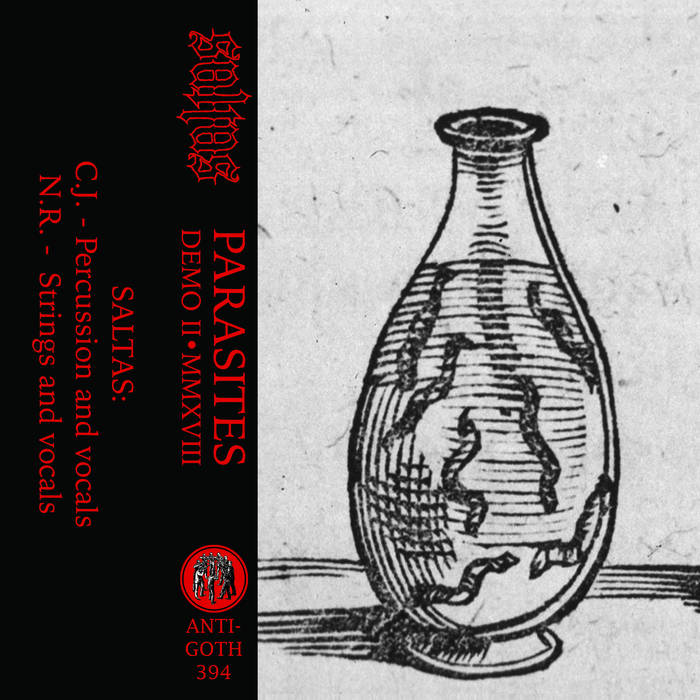 In alliance with Nuclear War Now!, Saltas brings forth its second offering, “Parasites,” a six-song demo that continues down the same path first blazed by the band’s debut demo, “Currents,” just a few months earlier. Saltas’s reverence for death takes form in a languid, minimalistic approach that mirrors the final, desperate stage of life, as one’s last breaths are drawn with increasing difficulty and both mind and body progressively succumb to their ultimate fate. As with its predecessor, “Parasites” offers no reprieve or false hope of escape from this impending demise. Instead, it is composed of steadfast, death-march tempos and low-end progressions in which each crumbling, sustained note seems to churn and mutate into the next, leaving the listener feeling irreversibly stranded in an inevitable descent into permanent unconsciousness. With “Parasites,” Saltas further develops this basic formula originally established by the debut demo by increasing the heft of each musical element and lengthening each track to a minimum of six minutes, thereby intensifying and prolonging the affliction until its final resolution.