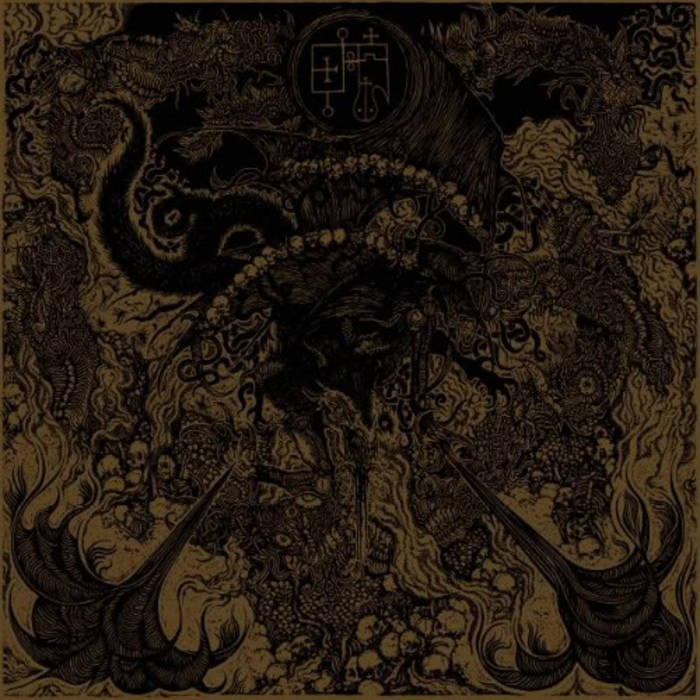 Over the past decade the stream of so called “Bestial Black/Death” metal has swelled dramatically becoming an uncontainable river the waters of which have become a polluted sewer of fecal sludge. Only a few bands have maintained the integrity of this sound. Among the most prominent and most respectable of these is Poland’s Bestial Raids. With the release of their “Order of Doom” demo, Bestial Raids nearly perfected the modern Black/Death sound with production that was as atrocious and barbaric as their songwriting. While the band’s debut LP, “Reversed Black Trinity,” was a powerful manifestation of hatred, it lacked the chaotic severity of the demo recording. Thus it seemed conceivable that Bestial Raids was among those many bands for which the demo was the peak and the releases which followed were merely shadows of the abominable alchemy of the band’s earliest recordings. Bestial Raids’ second album, “Prime Evil Damnation,” proves that the band’s most horrific sacrificial offerings have yet to come. Preserving the sonic cacophony of their demo material and the primal focus of “Reversed Black Trinity,” this new album chronicles Bestial Raids’ descent into ever more obscure regions of inhuman evil. The immoral seed sown on “Order of Doom” has now blossomed into its full and violent potential with this new album. Bestial Raids’ approach to their music is not playful or childish. Their Satanic revelry is more than a mere exaltation of the individual will. Bestial Raids explore the revelatory nature of ritualistic violence and desecration; their music reflecting the ascension of higher consciousness through the worship of depravity. “Prime Evil Damnation” is nothing short of a masterpiece of Black/Death. Some four years in the making, this album reveals the depth of character inherent in the band’s sound. The enhanced effect of the songwriting here is augmented by the album’s impenetrable production and the resulting sound is thicker and more abrasive than on their debut album. The songs here are uniformly aggressive and there is seldom any reprieve from the relentless assault. As further evidence of the compelling effect of Bestial Raids in general and this album in particular, the intro and backing vocal duties were carried out by Vaz and Impurath of the legendary Black Witchery. “Prime Evil Damnation” ranks among the greatest triumphs in underground metal in recent years and proves that there are still powerful emanations to be channeled through this unholy medium.