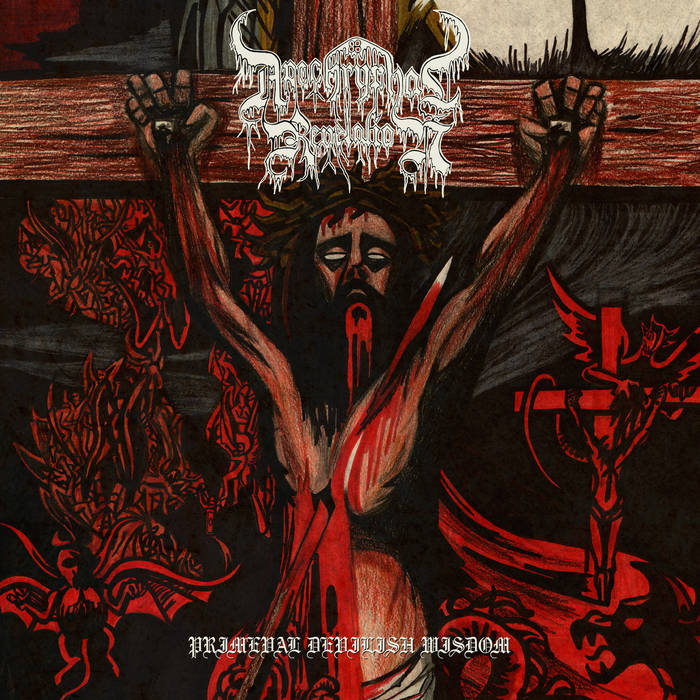 Hailing from the improbable location of Lexington, Kentucky, Apochryphal Revelation conspires with Nuclear War Now! to release “Primeval Devilish Wisdom,” the band’s second album and its first recording since 2017’s “Reverence for the Kings of Hell.” Although the band’s previous output has to a certain extent languished in obscurity, “Primeval Devilish Wisdom” succeeds in fully establishing Apochryphal Revelation’s manifestation of black metal as one that is sure to draw comparisons to both that which was propagated by the old Unisound Records label roster and that of the Brazilian legends, Mystifier. These thirteen tracks, among which are interspersed several shorter instrumental hymns to darkness, achieve a potent, atmosphere-rich sound, which owes itself in equal parts to convincing songwriting, prodigious riffs, skillful leads, judicious use of keyboards, harrowing vocals, and cavernous production. The grand sum of these contributions results in a recording that is worthy of its mention with reverence towards the aforementioned greats that undoubtedly inspired it.