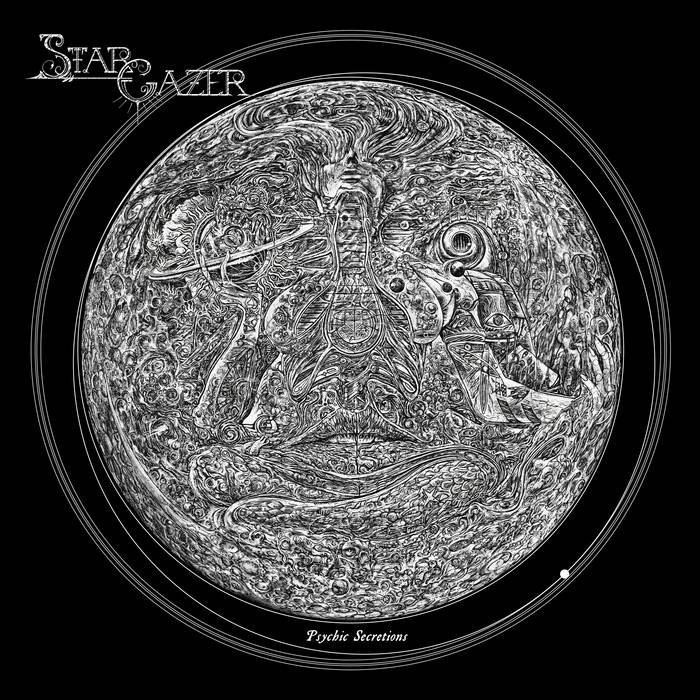 masterofpizzuh Easily in my top 5 albums of 2021. Can't get enough of this band. Favorite track: Star Vassal.

Mügalugs AOTY 2021. INDOMITABLE AND PEERLESS DEATH METAL! WELL, MAYBE NOT TOTALLY PEERLESS. THE CHASM CAN HOLD A CANDLE. OH, WHAT I WOULD GIVE TO SEE THEM SHARE A STAGE.

After 25 years of activity, StarGazer has firmly established itself as one of the most enduring Black/Death bands in the Australian extreme metal scene. And although they have remained continuously productive during the last quarter-century, their output is sparse, owing to the band’s meticulous approach to writing and recording. Consequently, the release of every StarGazer album is a momentous event. Recorded during the early stages of the Great Reset, “Psychic Secretions” is just the fourth full-length album in the StarGazer catalog and comes six years after their last album, the brilliant “A Merging to the Boundless.” As guitarist and vocalist The Serpent Inquisitor explains, with every album, StarGazer tries “to produce something forward thinking without breaking our traditional sound too much, or treading on our own toes.” Indeed, it is difficult, if not impossible, to identify a band with a more diverse, yet consistently impressive catalog. On this album, StarGazer embraces the more aggressive aspects of its sound, harkening back, in a sense, to the band’s earlier era. But instead of the raw, bestial attack that characterized its earliest work, “Psychic Secretions” is refined and chiseled to perfection. The so-called “progressive” or “avant garde” elements that the band has folded into its sound over the years are on full display, even as the overall intensity of the songs is amplified. With the exception of the poignant lament in the first half of the monumental album-closer, “Pilgram Age,” the album is primarily forceful and direct. The astonishing fretless bass work by The Great Righteous Destroyer is of particular significance. Undistorted and pushed to the forefront of the mix, it is a gilded filigree threaded through the songs. The album’s composition is characteristically confounding, featuring reckless temporal shifts, idiosyncratic melodies, and the unpredictable fusion of wildly disparate riffs, all to astounding effect. “Psychic Secretions” is arguably the most fully realized StarGazer album to date, a sublime synthesis of the band’s strengths. The performances are precise and tightly wound, yet the songs themselves evolve in serpentine dimensions, blurred and warped in a masterful display of some of the most spectacular songwriting in metal. The abstruse themes and compositional intricacy of StarGazer’s koanlike music are such that the album demands repeated, concentrated listens before it can be adequately deciphered, and even then, it remains mystifying and obscure.