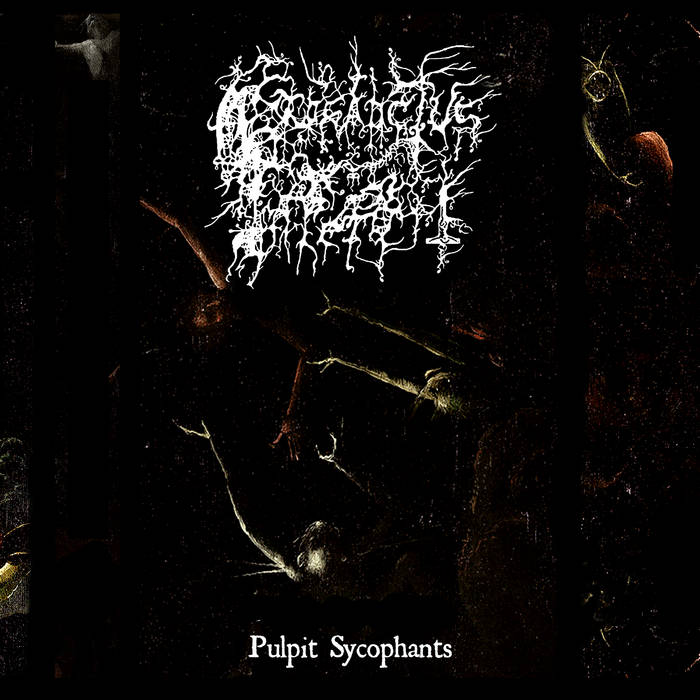 After over five years of silence, Prosanctus Inferi returns in 2019 with its first recordings since 2013’s “Noctambulous Jaws Within Sempiternal Night.” As a preface to the upcoming release of its third full-length, “Hypnotic Blood Art,” the first offering is “Pulpit Sycophants,” a cassette that includes four tracks taken from a demo recording of the impending eleven-song album. Those who have worshipped Prosanctus Inferi’s previous recordings will be pleased to witness the same blend of Necrovorian death metal and Demoncy-inspired black metal that pervaded its earlier works. Whereas “Pulpit Sycophants” marks the end of the period of remission, “Hypnotic Blood Art” promises to summon the fully-renewed and incurable devastation of the disease.