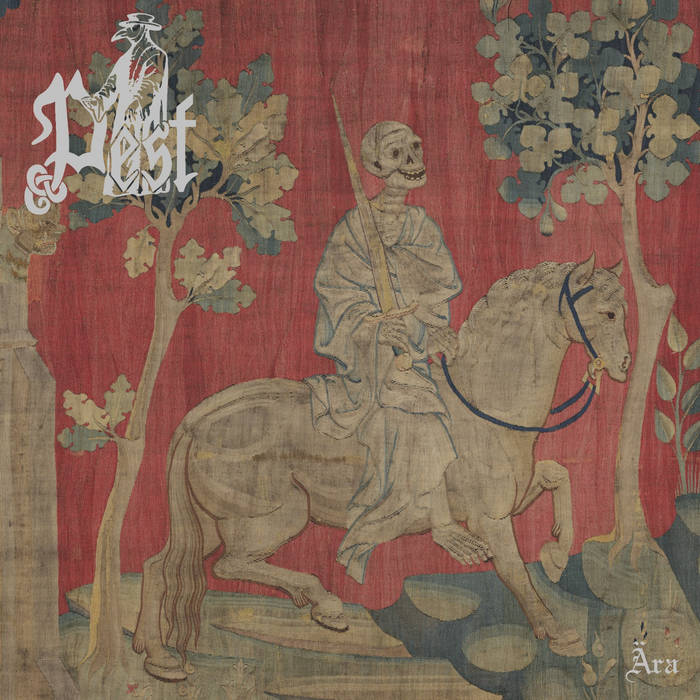 The debut from 2000 finally on vinyl for the first time. Pest is a German black metal cult that needs no introduction. From the Teutoburger forest, West Germany, comes an album full of madness and weirdness. On this album, Pest displayed how they were prime forerunners of original European black metal that does not sound like Burzum or Darkthrone. Expect chaotic compositions accompanied with hysterical and possessed vocals, executed in a way that would became that recognizable Pest sound.

Originally released on CD by the band themselves and later by Full Moon Productions, a vinyl edition was long overdue. The sound is optimized for the vinyl format, making sure the album has never sounded as good as this LP.

The band was reactivated in 2009 after none other than Arjan from Cultus / Heidens Hart invited the band for a concert. When told that the band did not have a complete lineup he simply took bass guitar duties (and later also vocals) after just one rehearsal. With a full lineup again, the band played it's first concerts since 2001 and went through a very active period between Oktober 2009 and April 2011, performing for example at Nuclear Now Festival part 1, but the Pest era came to an end when drummer Mrok died shortly after the last two concerts. HEIL PEST!