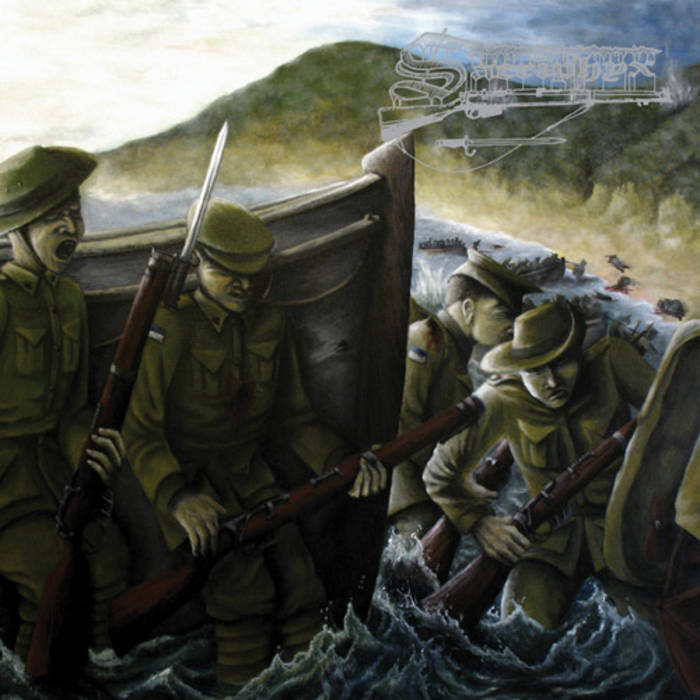 In anticipation of the release of Sacriphyx’s debut LP, “The Western Front,” NWN! has compiled and presented for the first time on CD, the band’s demo and split-release recordings.  The first two tracks on this CD are from the band’s 2006 “Lone Pine” demo CDR that was later released as a 7” EP. It was on the strength of that demo that Sacriphyx and NWN! began their association. The remaining five tracks are from the two split releases that Sacriphyx did leading up to the recording of their first album. “A.J. Shout VC” is an epic song that the band recorded for the split release with fellow Australian masters, StarGazer, and may be the peak of the extraordinary body of work that Sacriphyx has amassed thus far. The remaining tracks were originally released on the split release with unearthed material by Resuscitator. Combined here on this CD, one hears the development of Sacriphyx’s approach as they honed their skills in preparation for a formal album release. Their well-established sonic and conceptual identity is unique among active bands and this release will hopefully afford those who have neglected one of the finest bands in the contemporary scene the opportunity to investigate their early material.