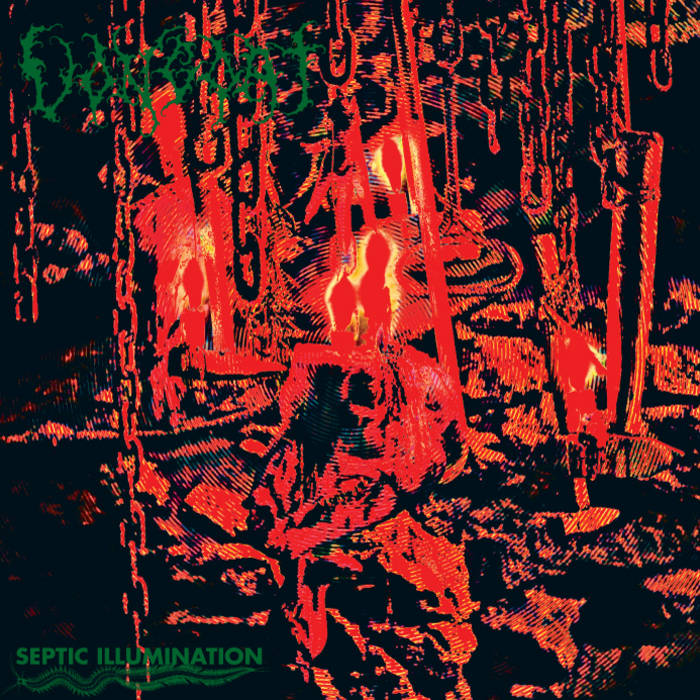 After more than a decade away from the scene, Goat has returned. Goat was the true mastermind behind the lyrical, musical, and visual content of the original Von. When Von was first active, Goat constructed the entire sonic and symbolic world that was Von. Now, Goat has summoned the same malefic energies that impelled him then for his new project called Von Goat. Though the realm that Von Goat explores differs from that of Von, there are elements that remain consistent. To be sure, Von Goat is a different band (different from both the “Satanic Blood” era Von, as well as the recent incarnation of the band). Von Goat represents years of anguish coalesced and focused into these new songs. The sound that Von Goat attains is specific to the acute focus on the decay and degeneration of the human mind. It is a sound that reflects a hallucinatory and narcotic sickness of the consciousness and spirit. As such, the songs Goat presents here fuse elements of Death and Black metal in a novel way. An anxious and nightmarish psychedelia permeates the tracks and takes the listener deeper into the dementia depicted in the songs. Although not as repetitious and trance-inducing as Von (or even Sixx), the riffs on this album tap into the same resevoir of darkness. Von Goat’s approach, however, is more active and chaotic. Interestingly, Goat’s time away from the underground metal scene contributes to the impact of the album. Unlike much of the music released recently, Von Goat is not derivative. There is no attempt made to ape either the classic sound of Von or any of the myriad trends running their course in the current scene. Finally, it bears repeating that Von Goat is not the same as the new Von. Von Goat is a project that has been in the works long before any resurrection of Von. It is instead a refraction of the baleful spectrum of sounds and ideas that emanate from the mind of its creator. Those expecting to hear a pointless regurgitation of old ideas will be disappointed. However, one must also recall that, during their brief existence, Von was overlooked because listeners failed to acknowledge the merit in the conceptual and aesthetic underpinnings of the band’s approach. Similarly, many who listen to Von Goat may naively dismiss it, but those that delve deeper into the hidden dimensions of Von Goat will find new manifestations of despair and darkness unlike any other. – N. Owen