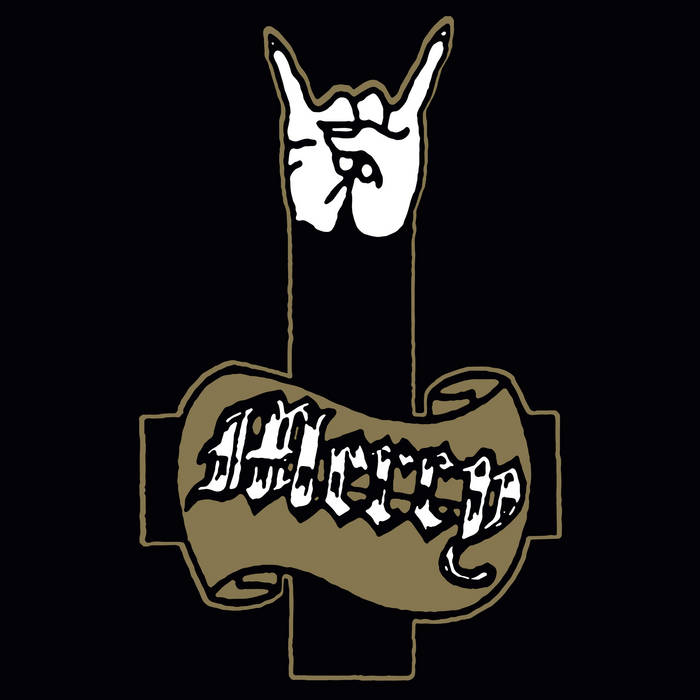 With the untimely death of Andrija Veljaca in 2005, the legacy of Swedish metal pioneers Mercy was sealed and secured. Mercy are among those few bands which explored and conquered multiple styles of metal. Guided by Veljaca, the only consistent member of the band, Mercy began as a youthful, raging Heavy Metal outfit before shifting toward a heavier doom sound by the mid-1980s. Indeed, for many unfamiliar with Mercy’s early material, the band is most commonly associated with its doom-laden offerings, particularly the 1985 album “Witchburner” featuring Eddie “Messiah” Marcolin on vocals, who later achieved greater fame for his work with Candlemass. Mercy’s often overshadowed Heavy Metal-era deserves greater attention, however, and with this series of reissues, licensed from TPL records, NWN! honors the legacy of Veljaca and Mercy by making this material available again, most of which has not been repressed on vinyl since the 1980s. In addition, NWN! has endeavored to commit to vinyl demo material and other rarities that are out of print or have never previously been released on record.

The final installment of this three-volume tribute to Mercy is a collection of rare tracks, most of which have never before been released on vinyl. Showcased on side A of the LP are the Session 1983 tracks recorded just prior to the recruitment of Eddie “Messiah” Marcolin on vocals. Of the four tracks, two of them (“Metal Mania” and “Heavy Metal Warriors”) were re-recorded with Marcolin and included on the self-titled debut LP. The other two songs recorded during the 1983 session—“Kill or Be Killed” and “Ruler of Evil”—were never re-recorded or featured in the band’s catalog. As the last recordings before the addition of Marcolin, these tracks are of special significance because they were the last recordings by the original Mercy lineup led by Andrija Veljaca on guitars and vocals with Paul “Judas” Gustavsson on drums and Christian “Chris” Karlsson on bass. These demo recordings are unbridled, stripped down, and forceful. This Heavy Metal-era lineup is often overshadowed by the subsequent Doom-era, largely because of Marcolin’s later fame with Candlemass, but in the context of FWOSHM, the Mercy recordings are legendary, and this compilation marks the first vinyl appearance of the Session 1983 recordings. The second side of this LP features Marcolin’s last session with Mercy. After “Witchburner,” Mercy entered the studio again to record two songs, the fervent anthem, “Bangers of Destruction,” and the Doom masterpiece, “Black Death.” These versions of the songs remained unreleased until 2003, shortly before Veljaca’s death, when Stormbringer Productions pressed them in a limited quantity on picture disc format. This reissue marks the first time these tracks have been presented in a standard vinyl edition. In addition, the sound has been improved for this release. Although “Bangers of Destruction” was previously remastered for a compilation (which never actually came out), the sound quality of “Black Death” remained poor. NWN! had the track remastered especially for this edition to reduce the distortion and other elements that previously compromised the integrity of the recording.