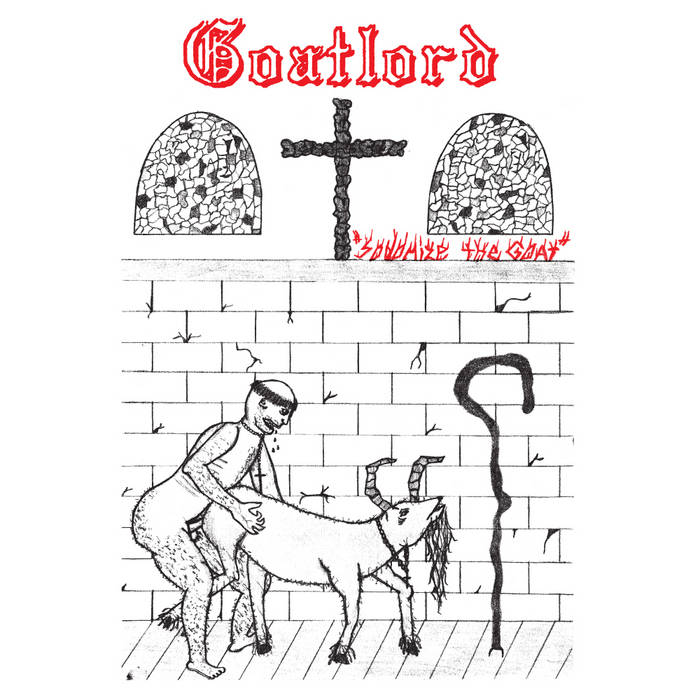 Following the release of their first demo, aptly titled “Demo ’87,” Goatlord made a conscious effort to modify their musical approach in such a way that would eventually lead to their present-day status as visionaries in the subgenre of black doom metal. By the time they had recorded the “Sodomize the Goat” demo in 1988, the original versions of the songs from the first demo had been altered to a state that convincingly reflected a sort of manic, LSD-induced psychosis. Although the faster, death/thrashier sections of songs like “Possessed Soldiers of War” were still present, the slower, reality-distorting segments of the same songs had been accentuated to a point where the reworked versions of the Demo ’87 tracks had taken on a life of their own. Moreover, the hideous emergence of newer tracks, such as “Twilight Rem” and “Distorted Birth,” upped the ante of this new crossbreed of doomed black/death by pushing song-length boundaries past the nine-minute mark.

Although the “Sodomize the Goat” demo has been re-issued twice since its initial, foreboding conception in 1988, the version that Nuclear War Now! hereby presents is unparalleled in terms of its quality and its adherence to the integrity of the original recording. Whereas the previously-released version of “The Fog” was inexplicably truncated on the aforementioned re-issues, this release includes the entire one-and-a-half-minute-plus intro to the song, as originally intended. Additionally, no expense was spared in an attempt to capture the sound that the band itself would have produced at the time of its recording if the means to do so had been made readily available. To this end, NWN! conspired with guitarist Joe Frankulin to obtain a vintage Vestafire 4-track recorder, the very same machine that had been used for the original recording, and the original tape was remixed and remastered by James Plotkin under the direct supervision of Frankulin himself.

With the unquestionable mastery of the ensuing debut full-length album notwithstanding, many of the most ardent Goatlord worshipers are likely to hail “Sodomize the Goat” as the band’s definitive recording, and thus NWN! has striven to present this work in the most befitting manner possible. As such, the original unholy artwork has appropriately been resurrected to adorn the cover of the gatefold for this double-LP release, which is accompanied by an A2 poster, and the austerity of the remaining layout pays homage to the day when the band first set out to unleash this masterpiece. Forever Black Dwell in Hell.