Spirit of the Entrance Unto Death 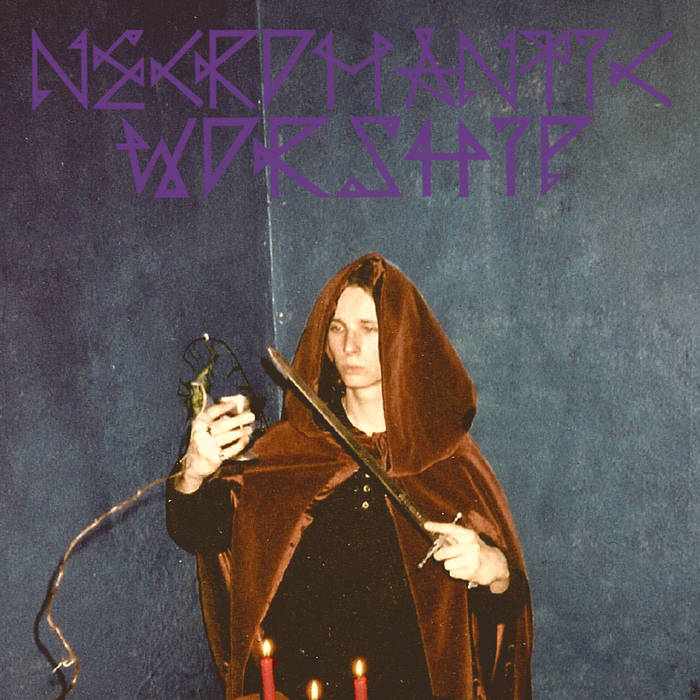 Oftentimes the most inspired and compelling music is catalyzed through sessions of improvised experimentation, rather than as a result of premeditated composition by one or more of a band’s members. Such is the case for “Spirit of the Entrance Unto Death,” the inaugural three-song demo from Holland’s Necromantic Worship, an entity born out of improvised sessions between its two kindred constituents, Ghûllzaraën and Xarangorth. For music such as this that is so thematically and atmospherically bound to the occult, it is not surprising that the impromptu nature of its development reflects an intuitive addition of ingredients to a concocted brew, as opposed to the strict adherence to a prescribed recipe. Clearly, the most notable musical influences on this recording are those representing the ancient Greek canon of black metal – Rotting Christ, Varathron, Thou Art Lord, and especially early Necromantia. “Spirit of the Entrance Unto Death” focuses primarily on the constantly-present, pulsating, low frequencies of the bass guitar, which anchor the other musical elements to each track in the same way that gravity anchors the living body to the earth, in which rest the dead who have passed through the silver veil of darkness that separates this world from the next. Much like early Necromantia songs such as “Evil Prayers” and “De magia Veterum,” the ritualistic nature of this demo invokes an occult atmosphere that reflects the mystique and cosmic chaos of the ancient monstrous gods, who for now roam the space in between spaces, but who are simply biding their time as they await their triumphant return to once again rule the mortal world. In anticipation of this moment, and as a precursor to its release of Necromantic Worship’s debut album in the months to come, Nuclear War Now! is proud to present this demo on cassette format, as a vehicle by which the living may worship the gods of the past and future at the behest of the dead.