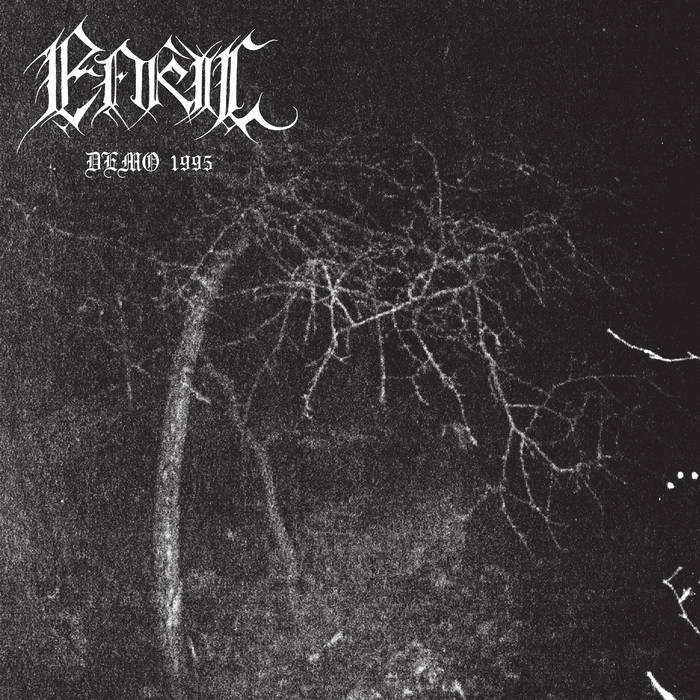 Black metal of the mid-1990s is mostly remembered for the Norwegian bands of the time that created the archetype according to which much of the genre’s output in the last couple of decades has come to be defined. The scene in the United States resisted this sort of uniform categorization, spawning such revered acts as Von, Grand Belial’s Key, and Demoncy, each of whom blazed their own disparate paths to darkness. On the other hand, the Norwegian sound also took hold in different pockets of the North American landscape, including in the unlikely location of Hutchinson, Kansas. This small, Midwestern city was home to relatively obscure bands like Arcane Shadows, Epitaph, Xaphan, and Anwyl. Two others to emerge from Hutchinson were Enkil and Nephilim, each of whom adopted a sound very similar to that most commonly associated with Norway. Enkil recorded a single, self-titled demo in 1995, and Nephilim recorded a total of two, in 1994 and 1996. Nuclear War Now! hereby presents a split LP including the solitary “Enkil” demo and Nephilim’s “Black Earth” (1996) demo. Both of these recordings demonstrate the cold, raw black metal style in the Norse tradition shared by these two, which is a sound not dissimilar to that of other U.S. contemporaries like Black Funeral and Sorath. This compilation serves as a monument to a nearly forgotten cult hidden in the American heartland, which is now reexposed on vinyl for the very first time since the original demo cassettes were circulated approximately twenty-five years ago.