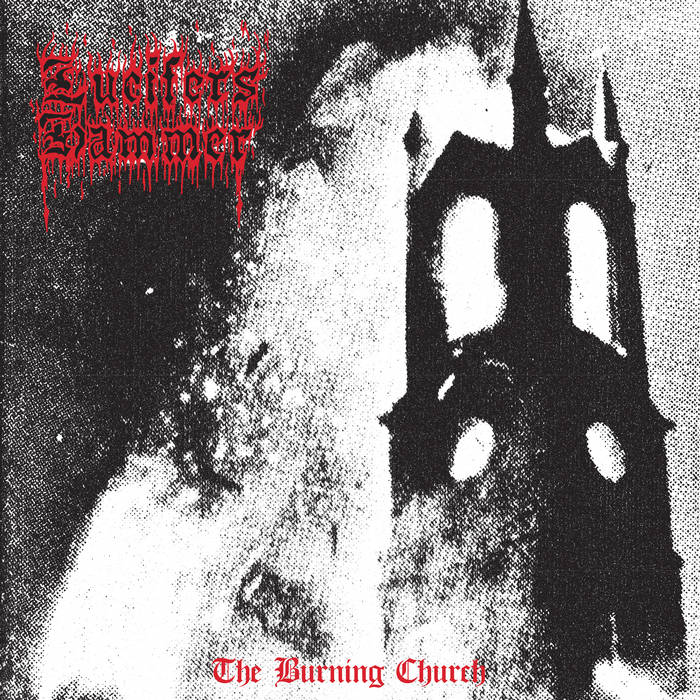 Formed in Michigan during the late 80s, Lucifer’s Hammer was a prominent fixture in the Midwest underground, playing numerous regional gigs and routinely featured in the lineup of at Michigan Death-fest. The earliest incarnation of the band was more thrash-oriented, but as the band evolved, it gravitated toward a darker black/death metal sound. By the mid 1990s, Lucifer’s Hammer was part of a circle that included such bands as Summon, Masochist, and Wind of the Black Mountains, all of which at some point shared members with Lucifer’s Hammer. It proved to be among the most fertile scenes of early USBM around that time. Although Lucifer’s Hammer released two earlier demos, it was with their 1994 self-released tape, “The Burning Church,” that the band left its most enduring mark. Lucifer’s Hammer was among the first American bands to play death metal suffused with the atmospheric darkness and savage ferocity associated with the then-emerging black metal movement. On “The Burning Church,” the band plays relentless blackened death steeped in a miasma of blasphemy. Indeed, this demo is among the darkest death metal recordings of its time. Lucifer’s Hammer should be mentioned alongside bands like Profanatica, Demoncy, and Absu.