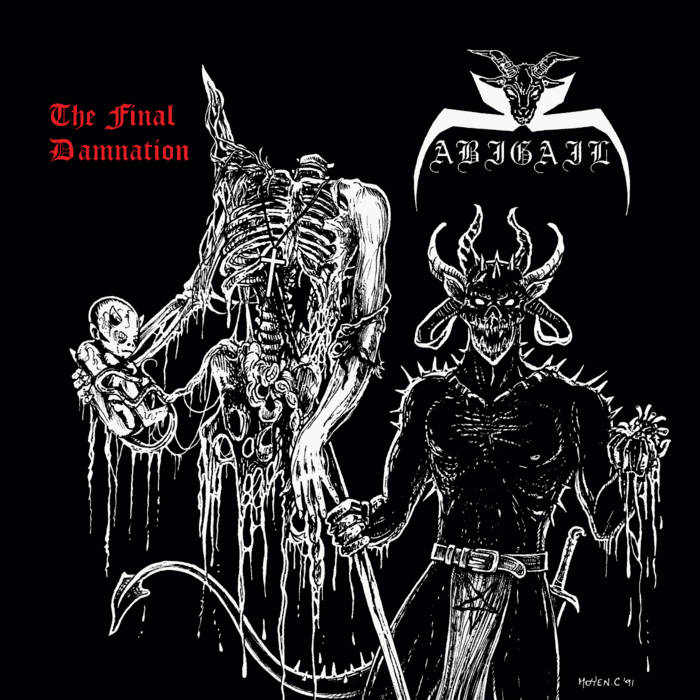 Abigail and Nuclear War Now! have been the closest of allies since they first agreed to release the band’s seminal debut album, “Intercourse and Lust,” on vinyl in 2002, which was shortly thereafter followed by the band’s first mini-tour of the U.S., also under the sponsorship of NWN! Over the next nine years, the label released two subsequent Abigail full-lengths as well as several EPs and, most recently, the “Lord of Satan” compilation of some of the band’s earliest recordings. During this time, Abigail’s sound and themes have morphed to some degree, but their ability to successfully incorporate a consistent core of different influences has always remained. Whereas their earliest output afforded them status as one of the archetypal Japanese black metal bands, along with others like Sabbat and Sigh, later recordings exhibited a greater degree of speed metal, gritty street punk, and lyrics littered with sleazy sexual depravity.

With their fifth studio album, “The Final Damnation,” hereby released once again under the banner of Nuclear War Now!, Abigail has returned to a noticeable extent to the evil sound of their earliest recordings by increasing the black metal dosage in their satanic vaginal worship cocktail, all the while managing to maintain the rawness of later recordings that has endeared them to a new legion of gutter-dwelling deviants. Recorded at Ikebukuro Studio PENTA Tokyo between November 2015 and May 2016, “The Final Damnation” reintroduces mastermind Yasuyuki’s songwriting, throttling bass assault, trademark vocal braying and morally corrupt lyrics, which alternate between the primal evil of songs like “Open the Gates of Hell” and the crude debauchery of others like “Whisky Coke and Bitch.” As always, Abigail’s rhythmic foundation is cemented by Youhei’s unrelenting percussive onslaught, and it is accompanied by guitarist Jero’s venomous riffs and searing leads. The decision to commission veteran black metal artist Chris Moyen for the album’s cover art further exemplifies the band’s shift back to its roots, successfully conjuring the spirit of Bulldozer in the process and confirming that the original Black Metal Yakuza have not lost a step.