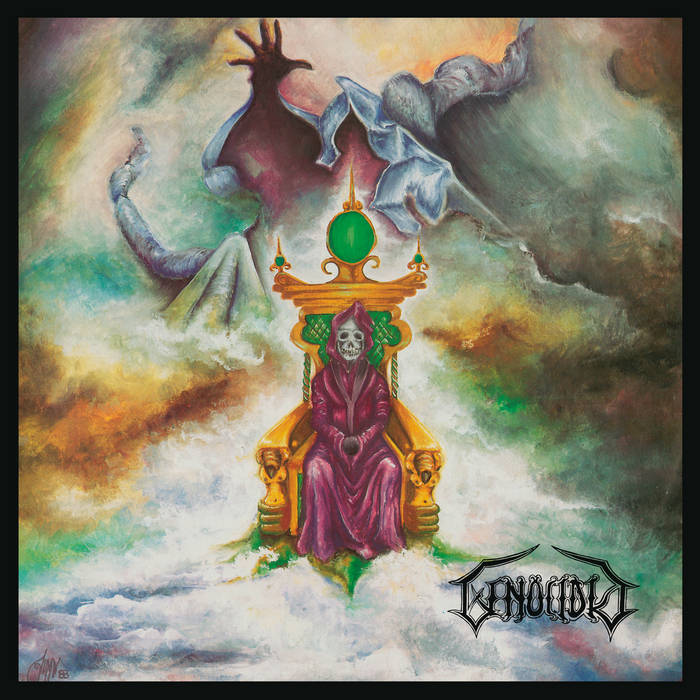 Few locales on Earth are as integral to the development of black death metal than Brazil. A breeding ground of extreme 80s deathcore, the classic Brazilian bands arguably laid the groundwork for the second wave of black metal, and in doing so helped to introduce this infamous genre to the masses. GENOCIDIO, formed in 1986 in Sao Paolo, provide a textbook example of power and intensity that became synonymous with Brazilian black metal. THE GRAVE compiles their obscure 1988 EP with several bonus live tracks and demos. Maniacal speed and thematic mayhem are on display here, each track driven by the fury of pure psychic id. Parallels can be drawn to SEXTRASH, VULCANO, and SARCOFAGO, but GENOCIDIO manage to harness this brand of Brazilian chaos with exceptionally tight riffing and a penchant for heavy, guttural violence. Composed in an era before black and death metal became subjects of sectarian metal enmity, bands like GENOCIDIO managed to create their art from a truly fresh perspective that was untainted by external influence. These recordings belong to an important musical heritage whose influence reverberated throughout the globe, and can still be felt today. In a just world, this vinyl edition of THE GRAVE will finally endow this recording the worship it deserves. This edition comes in a gatefold jacket with a thick 36 page booklet.