The Lord of Satan 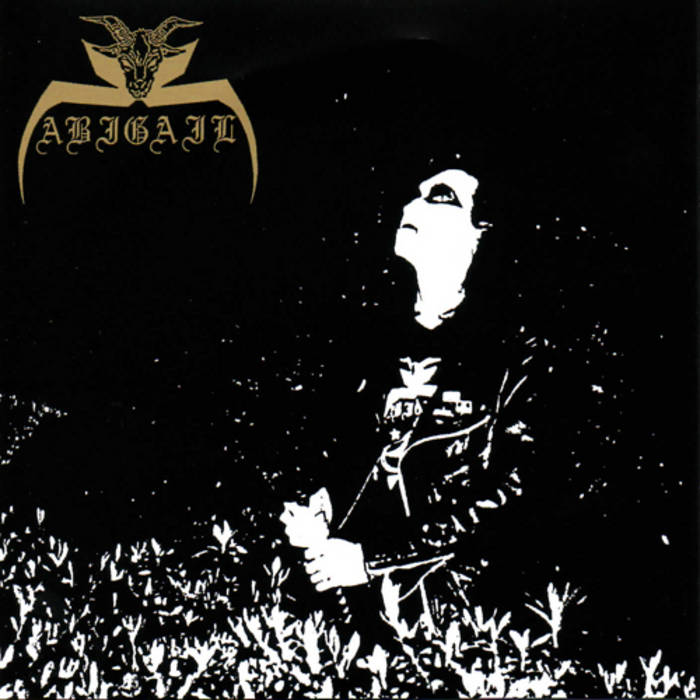 Contains tracks from their split with Funeral Winds, as well as the songs from the Descending from a Blackend Sky and Confound Eternal EPs.

The relationship between Abigail and NWN! goes back to the 2002 vinyl release of the band’s first album, “Intercourse and Lust.” Since that time, Abigail and NWN! have each mutated into different beasts; however, the relationship between these two forces has remained intact through the years. To honor the nearly 20 year legacy of Abigail, NWN! is proud to present this vinyl collection of some of the band’s earliest work. Along with pioneers Sabbat and Sigh, Abigail have long been recognized as among the most influential Black Metal bands to have emerged from beneath the banner of the Rising Sun. While, in recent years, Abigail has shifted its focus to a more depraved blackened thrash sound, the early work presented on this LP is pure Black Metal played in a manner that is harsh and hostile. This LP opens with the five Abigail tracks featured on the band’s 1995 split CD with Funeral Winds. This material, which has never before been released on vinyl, displays the characteristic wickedness that permeates all of Abigail’s work. These tracks are not merely excursions in sound, however. Each song stands out on its own and the work as a whole evinces a sophisticated level of composition and production. Side B of this LP contains the tracks from Abigail’s first two EP releases. Nearly impossible to find now, “Descending from a Blackened Sky” and “Confound Eternal” contain some of Abigail’s most powerful and blackened revelations. The 1993 “Descending from a Blackened Sky” EP, executed entirely by Yasuyuki, is a magnificent breath of annihilation. Guided by furious and relentless blast beats, Yasuyuki’s style on this EP is more harsh and raw than most of Abigail’s other work. Yet, as with all Abigail recordings, amid the chaos there are well-crafted riffs and song structures that draw the listener deep into the demonic frenzy of the songs. “Confound Eternal” may be Abigail’s most refined statement prior to the release of their first album. This release marks the first appearance of Youhei on drums to supplement the wrath of Yasuyuki’s scathing guitars and vocals, an addition which allowed Yasuyuki to incorporate a greater variety of tempos and stylistic elements. These details, such as the band’s penchant for shifting suddenly, yet seamlessly, between manic blast beats and mid-paced stomp rhythms have come to define the Abigail sound. Importantly, Yasuyuki incorporates a greater array of melodic structure into the riffs on this EP as well. Indeed, every element of the band’s sound on this release is more concentrated. The guitars, particularly the use of solos, are superior to that any of the band’s prior recordings and Yasuyuki’s vocals are the howls of possession. That both of these songs were re-recorded and included on the band’s debut LP in 1997 demonstrates that the band recognized that its sound was becoming more focused and refined. The Die Hard edition of this release includes a supplemental LP containing Abigail’s “Demo 1” recording from 1992 and the “Blasphemy Night” demo released in 1993. The first demo, on which Yasuyuki was accompanied by musicians that never appeared on any of the later work, erupts as a violent wall of sound, but quickly descends into mid-paced and even doomy passages. While the band’s style had yet to fully take shape on this release, all of the pieces were already falling into place and strains of this demo appear throughout the Abigail catalog. The latter of the two demos, executed by Yasuyuki alone, is perhaps the fastest and most aggressive Abigail release of all. Through the years Abigail has continued to evolve and change and, yet, as these early recordings reveal, the band has retained characteristic elements that have defined its sound since the beginning.