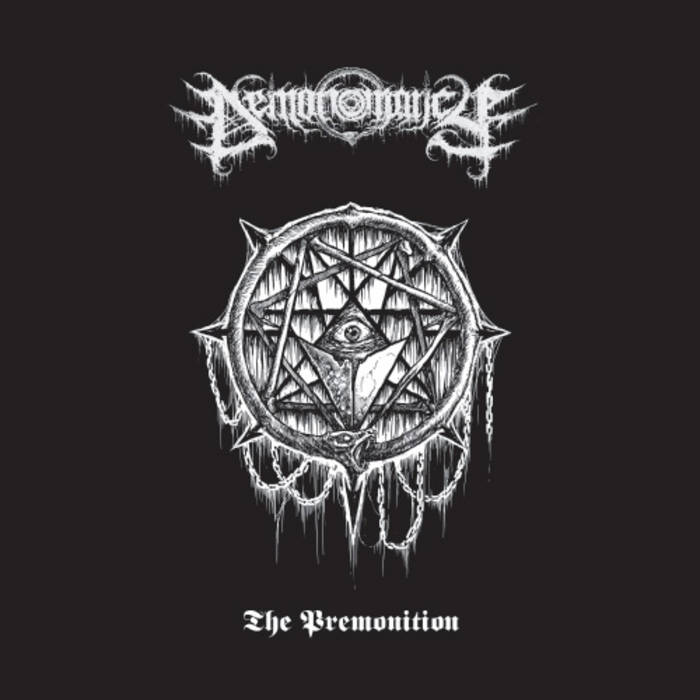 After releasing the “Bearers of the Black Arts” demo in 2010, the members of Italy’s Demonomancy began casting their grim gazes toward the band’s highly anticipated debut full length. The two tracks on this new demo, entitled “The Premonition,” serve to eviscerate the torpor that followed the release of the band’s first demo and convey a more sinister energy than the band was previously able to capture. More brooding and mid-paced, the tracks here are rich with the sense of expansive evil that Demonomancy cultivates. Following the band’s tremendous performance at the Fest and in anticipation of its debut LP, “The Premonition” will serve to satiate the unholy lust of Demonomancy’s adherents until the band again unlocks its chambers.