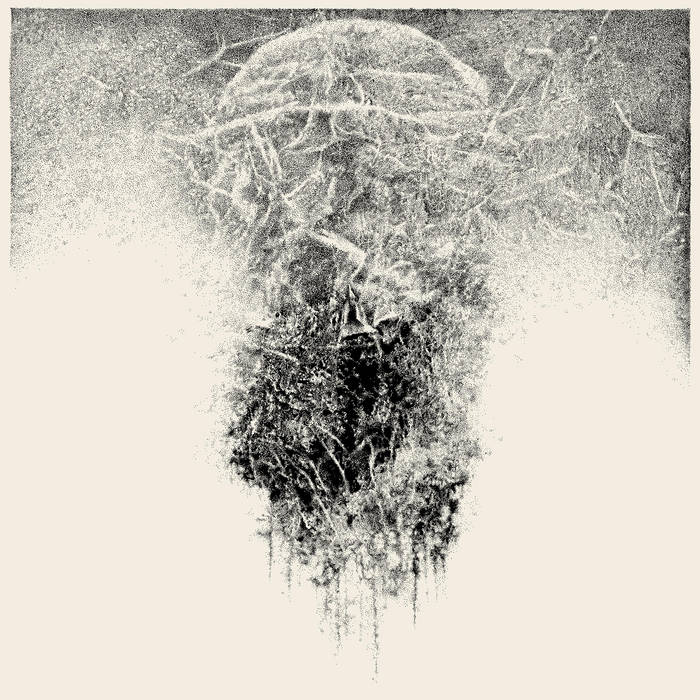 It’s been more than two years since France’s Chaos Echoes released their debut full length album, “Transient,” which showcased the band’s deft navigation among labyrinthine channels under, around, and through the outer reaches of the extreme metal genre. “Transient” established Chaos Echoes as one of the most compelling and innovative groups of musicians in the scene, and anyone who has witnessed some of their live performances since that time, such as their flawless presentation at NWN! Fest in 2016, has likely been appropriately awestruck by the band’s skill and dynamism. Listeners may recall that interspersed throughout the “Transient” album were improvisational pieces, referred to as “Interzones” (a nod to Burroughs’ “Naked Lunch”), that provided connective tissue between the more heavily constructed songs on the album. Similarly, “The Unfathomable” may be regarded as an Interzone between the aforementioned “Transient” album and Chaos Echoes’ forthcoming full length, entitled “Mouvement,” which will also be released on NWN! Productions. While this EP is intended as a bridge between the band’s first and second albums, it is also an outlier of sorts, in that this recording is more shapeless and ambient than the album material. “The Unfathomable” is one track—the longest piece in the Chaos Echoes catalog—covering a full side of an LP. (The other side features an etching designed by band leader and visual artist, Stefan Thanneur, who created all the artwork for the release.) “The Unfathomable” is among the most evocative and atmospheric pieces Chaos Echoes has performed. Improvised and recorded in Paris in 2015, the track was edited and mixed by former band member Fabien W. Furter. It is desolate, ritualistic, and cold—lunar in its emptiness. It is a hymn to solitude, a collision of intermittent percussion, strings, and electronics, unfolding in slow, churning motions and abandoned to the corrosive machinations of entropy.