The Universe in Three Parts 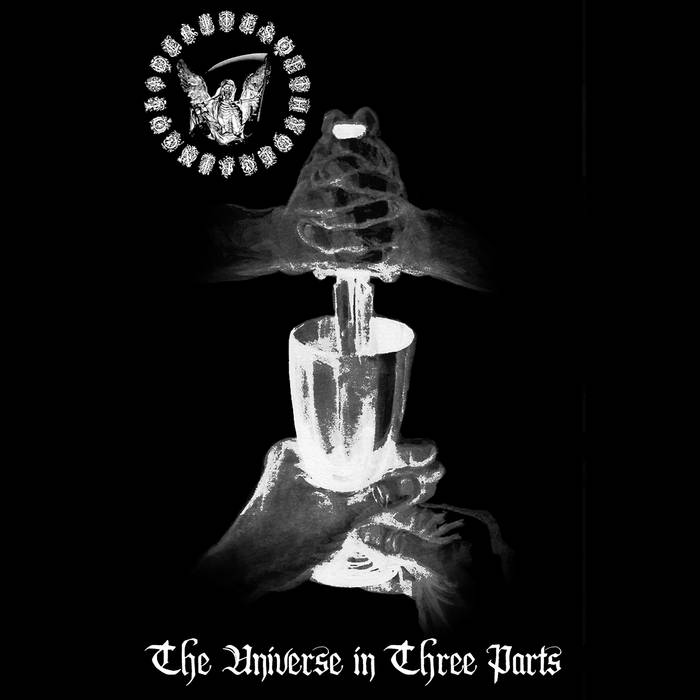 The first incarnation of Rites of Thy Degringolade, which spanned six years between the releases of its self-titled demo in 1999 and its third album in 2005, was marked by a level of controlled chaos and a percussion-centric, unique hybrid of black and death metal that truly carved its own niche in the genre, but it was then laid to rest prematurely. Following a ten-year hiatus, founding member, Paulus Kressman, resurrected the band in 2015 with the intent to play some live performances and possibly even write new material. Fortunately, this second goal has now come to fruition with the recording of “The Universe in Three Parts,” a one-song demo which verifies that the band has lost nothing following its period of dormancy. Originally self-produced and made available at its live performances in late 2016, Nuclear War Now! is pleased to make this cassette more widely available to the general public with its own version of this release. At least as important as this demo’s confirmation of the band’s sustained level of songwriting and musicianship is its foreshadowing of even more to come. In fact, another version of “The Universe in Three Parts” is slated to be included on the upcoming, fourth Rites of Thy Degringolade album, which is currently in the process of being recorded. As such, this demo bridges the gap between Rites of Thy Degringolade’s past and future and builds anticipation for what the latter will bring.