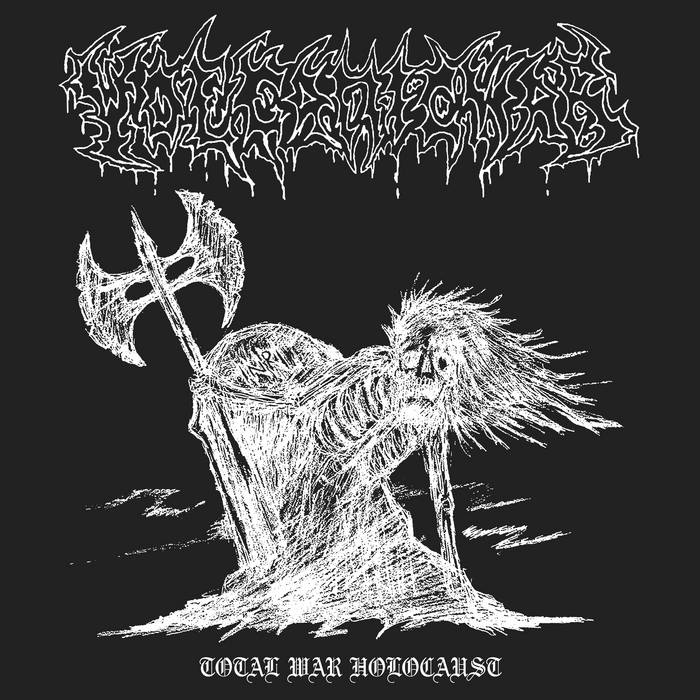 With only a limited, three-song promo cassette previously to its name, Volcanic War arises from relatively obscurity to unleash its debut album, “Total War Holocaust,” under the auspices of Nuclear War Now! Its emergent status notwithstanding, Volcanic War’s strain of virulent black metal is firmly rooted in the longstanding tradition of the early 1990s. Upon initial exposure, a discerning listener would likely note the familiarly raspy vocal style of Yasuyuki Suzuki, who is most commonly recognized as the mastermind behind one of Japan’s more well-known exports, Abigail. With track titles such as “Castle of Sodomy” and “Nuclear Pussy,” one might expect this album to align closely with Abigail’s more recent style. On the contrary, Volcanic War is much more reminiscent of Abigail’s early output, prior to its incorporation of metal-punk elements. As such, this album is certain to please fans of similarly-styled acts from the same period of second-wave black metal, such as Bestial Summoning and Funeral Winds. “Total War Holocaust” again proves that certain formulas are timeless when properly executed.