Voices from the Graves 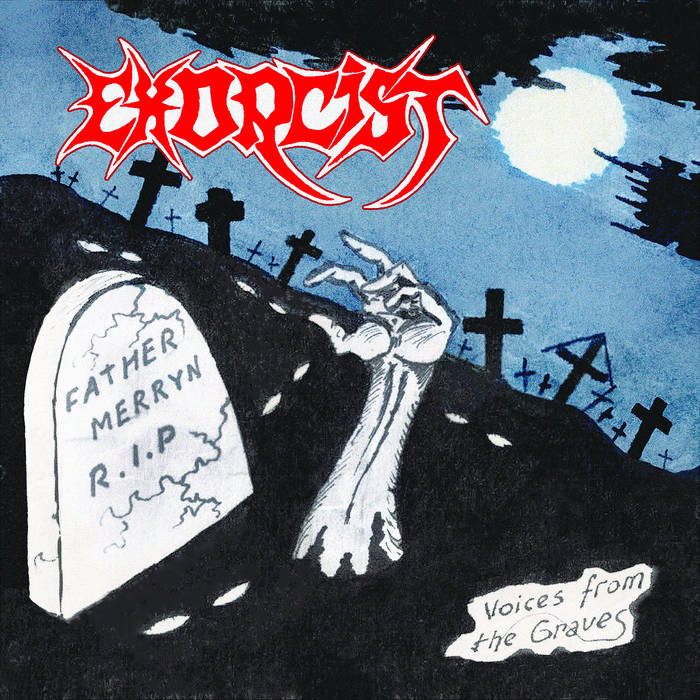 Elias S. I'm not much of a first wave "evil 80s thrasher" guy, but I know something good when I hear it. Despite the rough surface of noisy production, this is actually a highly melodic release. A lot of these riffs could be put in a Blind Guardian or In Flames release easily, but the grittier veneer contrasted with the surprising melodic elements makes this a really cool and memorable release.

Nuclear War Now! has once again ventured deep into the forgotten underground wasteland of late-1980s Eastern European metal history to unearth yet another artifact to add to its ever-expanding sub-collection of recordings that were never fully appreciated due to the region’s geopolitical isolation and other related circumstances. This most recent expedition has yielded “Voices from the Graves,” a compilation of Exorcist’s two demos from 1987 and 1988, which continued a Polish tradition of evil thrash first established by Kat and later continued by other similar bands such as Hellias. Formed in Warsaw in 1986, Exorcist originally consisted of an enigmatic quartet that went by the individual monikers of Butcher (vocals), Aggressor (guitars), Antichrist (bass), and Skeleton (drums). However, soon after the band’s inception and following its first recognized recording of a rehearsal that same year, Antichrist was replaced by Necrophiliac on bass. In its early days, and thanks to assistance from Marcin Wawrzyńczak from Eternal Torment zine, Exorcist was able to play several live shows alongside fellow countrymen in similarly obscure bands like Forst and the more renowned Vader. In 1987, the band recorded its first demo, “Voices from the Graves,” in Skeleton’s basement. While this demo is clearly influenced by the songwriting and technical proficiency of the German pioneers of thrash, specifically Kreator and Destruction, it also exudes an aura of darkness that is equally comparable to the early black metal of Sodom. Marked by a distinct rawness and aggression in the music itself, the presumably primitive conditions of the recording space and equipment also manifest themselves in a blown-out production which serves to enhance the destructive nature of the songs. This first demo was originally circulated under a slightly different title, “Voices out of the Graves,” in very limited numbers to a few different fanzines. In addition to the variation in its title and the name of the first track, this advance tape featured a slightly different version of the artwork that was later included on the more widely-spread “Voices from the Graves” tape. These variations notwithstanding, the audio on both versions was identical. As a result of the dissemination of this first demo, Exorcist attracted the attention of several underground zines, such as Slayer Mag, which in turn led to greater exposure. In 1988, the band recorded its second demo, “After the North Winds,” in Ochota studio after a lineup change that involved Butcher and Necrophiliac being replaced by Beerbear on both vocals and bass and the addition of a second guitarist, Rothon. Having been recorded in a professional studio, this second demo exhibits a more polished sound but still showcases the same unbridled spirit in songwriting of the first. In order to properly reissue both demos, NWN! has rightfully chosen to reproduce the same morbid artwork from the first demo on the jacket of this vinyl LP release. Additionally, it has included an insert that contains the original artwork, photos, hand-written lyrics, and other layout materials from the original cassette releases of both demos. The result is one that serves as a metal time capsule, transporting the listener to a region and era where the music existed not simply as a sterile product of its own, but rather as a living extension of its practitioners.