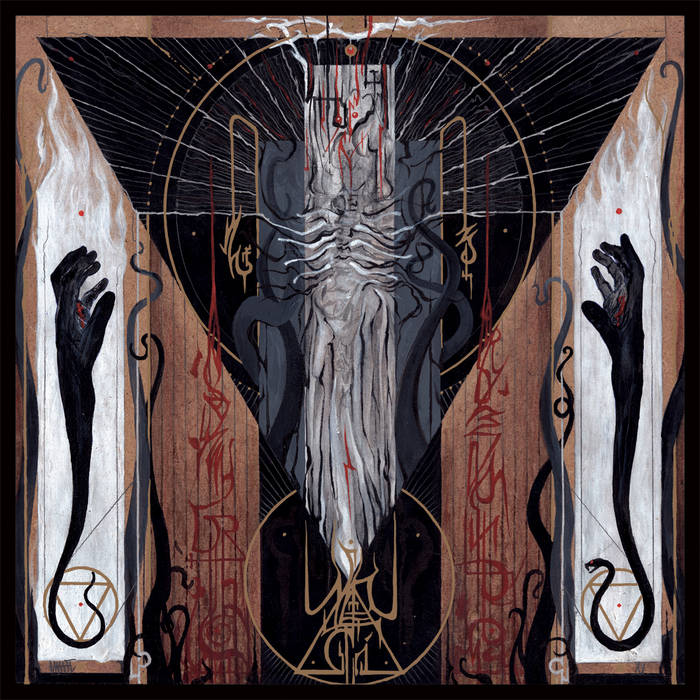 Nick Total incantation worship while still having their own sound, love it.

Matthew Toye Mefitic have a stunning debut. It's got a wall of sound but isn't underproduced. You can hear everything and it isn't buried. I wish more bands who played in this style took this approach. Favorite track: Eroding the Oblates of the Lord.

Jonathan Shkedi Italian Death Metal is definitely at its peak these days. Dark and haunting yet with a terrific groove at points, and always mesmerizingly heavy. Mefitic's best work to date. Favorite track: The Tomb of Amaleq.

All too often a band emerges from the underground, records a promising demo or EP, and soon after, under some perceived notion of urgency, releases a lackluster debut album rife with impotent filler tracks, and is thus discarded to the overpopulated scrap pile of mediocre metal bands. Fewer and farther between are the bands that rightfully and patiently take their time to properly develop their musicianship and songwriting abilities, experiment with their sound and recording technique, and then unleash a debut album, sometimes several years later, that is more than worthy of its time in waiting. Having existed for over ten years, but content to this point to have released just a handful of demos, splits, and a single EP, Italy’s Mefitic fits the latter categorization. With its debut album, “Woes of Mortal Devotion,” hereby released under the banner of Nuclear War Now!, Mefitic proves that patience is rewarded by the quality of its product.

Those who are familiar with Mefitic’s earlier releases are likely to note a distinct evolution in the band’s sound on their debut full-length. Although it continues to fester in the wound recently opened by the 2012 EP, “Columns of Subsidence,” the approach to this album is notably less chaos-driven and instead more controlled than previous recordings. On the one hand, it invokes the same raw intensity of bands like Black Witchery and Demoncy, and on the other it conjures a hypnotic dissonance akin to that of a band like Antaeus, as well as a ritualistic dimension similar to that of Necros Christos and Teitanblood. Having been recorded at the infamous Mara Cave, as done previously by fellow countrymen Blasphemophagher and Demonomancy, a gimmick-free and rehearsal-like atmosphere results in a natural sound that successfully enhances the asphyxiating character of the music. Finally, as a perfect complement to the music itself, the artwork gracing the cover of the 12-page booklet, as executed by Manuel Tinnemans, undeniably evokes the same anguished and corrupted vision of a world also represented in Mefitic’s lyrical themes.